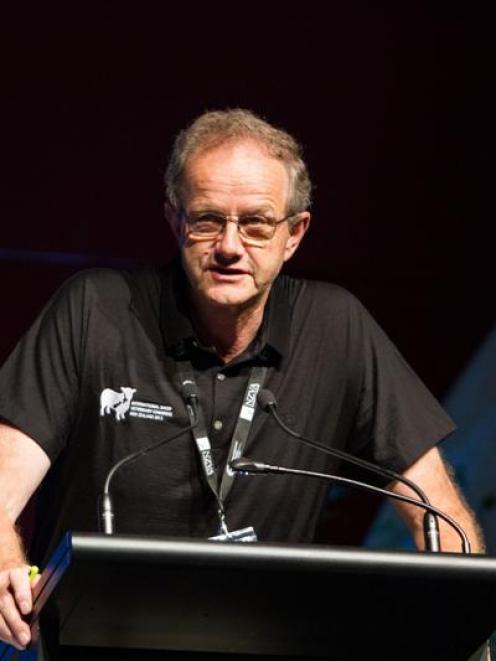 Now in his 37th year in the veterinary profession, he said there had been ''quite massive gains''.

He believed New Zealand did it as well as, if not better, than most other countries.

He recalled the days when farmers were producing 13kg lambs and struggling to achieve a 100% lambing. There had been vast improvements since then.

Mr Smart, from Clutha Vets, has been elected president of the International Sheep Veterinary Association.

The appointment was made during the International Sheep Veterinary Congress in Rotorua, which he organised.

The congress has been held every four years, in venues around the world, since 1985.

Mr Smart put in a bid for New Zealand to host the event at the 2005 congress in Greece but lost to Norway. He was successful four years later.

It was at the Norway congress that the association was formed, as there was previously no formal structure to arrange for those international meetings, or to address the common interests of vets all over the world with a special interest in sheep. The inaugural president was Gareth Bath from South Africa.

Mr Smart joked that his four-year term was likely to be a ''walk in the park'' compared to the work involved in organising this year's congress.

But he deemed the event to be highly successful and he was thrilled with the turnout. Organisers had budgeted on between 300 and 450 delegates attending, with 450 being ''really optimistic'' - 482 registered.

He had since received emails from around the world and comments were made that it was the best congress participants had been to. The next congress will be held in Harrogate, Yorkshire, in the UK.

One of the reasons Mr Smart liked being involved with the association and congress was the contact with colleagues around the world, and the friendships forged.

He cited an example of one of the benefits. He was doing some research on abomasal bloat, a condition in hand-reared lambs, but not much was known about it.

He came across the name of a Norwegian vet who had done a thesis on the condition. He had previously met her so he sent her an email and she sent him some information which he, in turn, could pass on to clients.

He met Ian Gill, from Scotland, who is now secretary-treasurer of the ISVA, at Massey University in 1989 and the pair have been friends since.

Brought up on a sheep and cropping farm between Rakaia and Methven, in Mid Canterbury, Mr Smart graduated from Massey University with a degree in veterinary science in 1975.

He joined Clutha Vets in Balclutha in January 1976 and while initially involved in the full range of mixed practice activities, latterly his main interest has centred on sheep health and production.