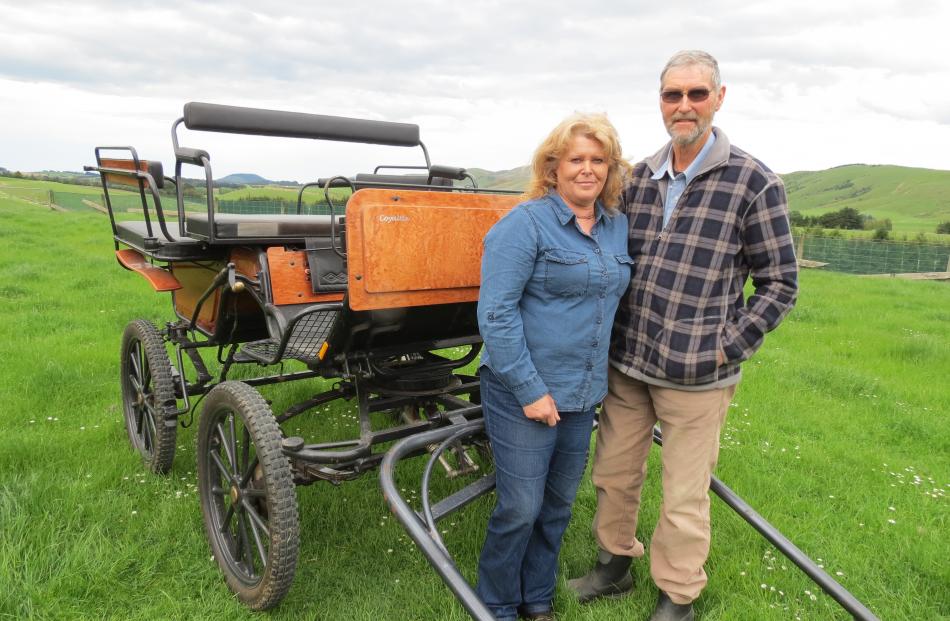 Christine Baird and Tony Daikee, of Waipahi, are both passionate about horses and horse drawn wagons and traps, as well as hens. Photo: Yvonne O'Hara 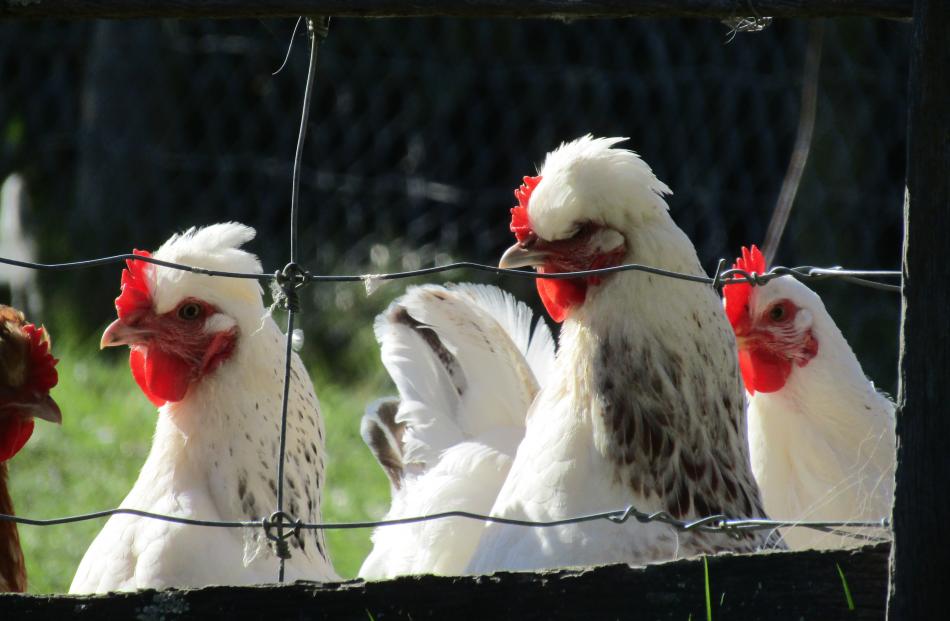 Christine Baird, of Waipahi Poultry, has bred the Waipahi hen, which is descended from a silky bantam and is an extremely good layer. Photo: Christine Baird

There's a new hen in town, the Waipahi hen.

Christine Baird bred it from a silky bantam-cross and it is now breeding true.

She and retired partner Tony Daikee have about 43ha of land in Waipahi, and the couple have a pretty close to self-sufficient lifestyle.

They grow their own vegetables and herbs like comfrey and feverfew, which she dries and uses for various ailments, and she also raises hens.

They have about 25 sheep and their nine horses and two dogs all have to earn their keep.

''I am supposed to be retired but have to work as well,'' Mr Daikee said.

The couple are passionate about their horses.

They also own about 16 different horse-drawn implements, including an Amish wagon.

One of their buggies was restored for the Black Beauty television show.

The horses are often hitched to the wagons for weddings, fairs and other special events for rides, and Mr Daikee has been a regular participant on the Goldfield Heritage Trust Cavalcade light wagon trail.

Miss Baird also has several miniature ponies, two of which are used for a small trap.

In addition to their wagon work, the horses are hitched to sleds to deliver hay to stock.

The couple also belong to the Southland Shafts and Wheels Club, which is based at the Gore Showgrounds.

Mr Daikee is president of the club, and he said they were always looking for new members.

He is concerned that the skills required to set up and handle large teams of horses may disappear in about 30 years, and that is one of the reasons he is passionate about preserving the knowledge.

Miss Baird started breeding chickens about 10 years ago and at peak had about 190 birds of various types, but has since reduced them to a more manageable number.

''I have four separate lines going and I am determined to make a really good breed.''

In addition to early-laying shavers and other breeds, she has developed the Waipahi hen.

''It is descended from one little hen, a silk bantam cross,'' she said.

''The Waipahi hen has feathered legs and the girls have a top knot and the boys have a plain head.''

She said the subsequent generations were extended layers, and were clucky on a regular basis.

Now she sends eggs all round the country and has designed packaging that is so sturdy that in the seven years of mailing dozens of boxes, only four eggs ever broke.

She has several playhouses that double as brooder sheds, and all her poultry are allowed to free range on the farm for a few hours a day.

The only hiccup in the plans is the odd ferret, which have been known to slaughter a coopful of chickens, and that put her back a year at a time for her breeding programme.

She is also the agent for Weston's poultry and horse feed and they grind their own grain as well.