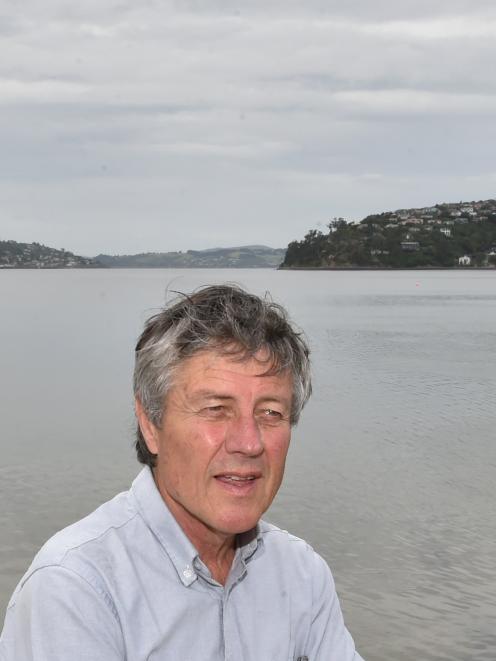 Roger Belton. PHOTO: ODT FILES
Southern Clams says the Government spending more than $3million to find the food benefits of seaweed is a waste of money, because its popularity around the world is well known.

It was announced last week the Government was giving AgResearch more than $3million to research the health benefits of Undaria pinnatifida seaweed.

Southern Clams has been harvesting, processing and selling three different seaweed parts to clients for about five years.

The company is limited by the Ministry for Primary Industries to only harvesting from artificial surfaces, and its managing director wants to be able to extend that to all surfaces.

He questioned the need to research the seaweed when there was already plenty of information out there.

"Why would you want to devote taxpayers’ funds to researching a species which is the second-most produced algae in the world?"

He said Undaria has been a large part of Asian diets for "hundreds of years".

"I wouldn’t waste public funds on research, which is already being done throughout the world, not only in Asia but also in the United States and Europe," he said.

"Of course [France] has a culture, where particularly in Brittany, they’ve always eaten seaweed, as they have in parts of the UK in the form of dulse.

"I would contend the majority of the world’s population has been exposed to seaweed consumption in the past."

"New Zealanders are more than ready to embrace eating algae — there’s no need to do further work on its nutrient benefits.

"All of that is extremely thoroughly documented. What we need is to enhance and facilitate the use of the seaweed’s presence in New Zealand in a resilient and sustainable way, and I suggest that it’s not through further funding from Government that we’re going to achieve that, but simply by allowing industry to get on with it."

The Ministry for Primary Industries says it only allows Undaria farming from selected heavily infested areas, as it is an "unwanted organism" under the Biosecurity Act.

Mr Belton said that led to the seaweed being "only suitable for being ripped up at the taxpayer’s expense and put in the tip".

"There is no active aquaculture of that species ... the regulatory barriers have been sufficiently effective to mean that five or six years on, not a single marine farm growing Undaria is in existence in the country," he said.

AgResearch senior scientist Dr Linda Samuelsson defended the research, saying it would be fundamental in expanding Undaria into a sustainable food source.

She said because the nutritional composition of seaweed varied between locations, New Zealand research was important.

"We are committed to developing products that suit the tastes of the many New Zealand consumers who don’t currently have seaweed in their diets."

The funding for the research, through the Ministry of Business Innovation and Employment, "was made after what we know is a very rigorous contestable process", Dr Samuelsson said.