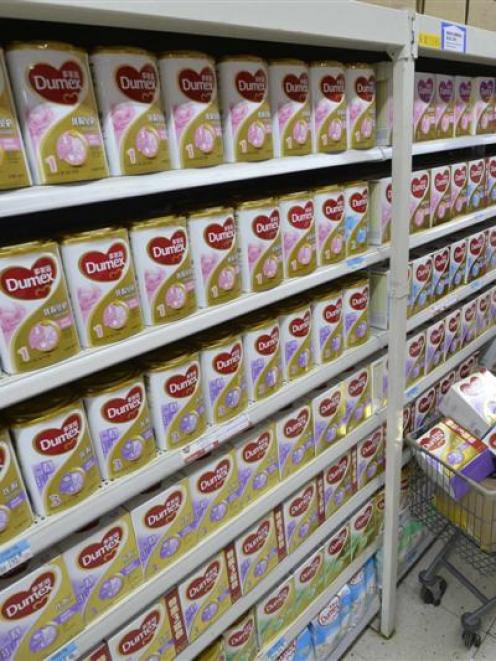 In a statement, the company said the incident illustrated ''serious failings'' on Fonterra's part in applying the quality standards required in the food industry.

In August, Fonterra revealed 38 tonnes of whey protein, used in a range of consumer products, might have been contaminated with a botulism-causing bacterium.

News of the contamination, which turned out to be a false alarm after further testing, received global media coverage. Yesterday, Fonterra said it would ''vigorously defend'' any proceedings.

Danone - which is the parent company of infant formula manufacturer Nutricia - put the cost of last year's recall at 350 million ($575 million) when it announced its third-quarter results, while Fonterra recognised a contingent liability of just $14 million in its own accounts.

Danone said it was terminating its supply contract with Fonterra and making any further collaboration contingent on a commitment by its supplier to full transparency and compliance with the ''cutting-edge'' food safety procedures applied to all products supplied to it.

It was initiating proceedings in the High Court in New Zealand, as well as arbitration proceedings in Singapore, ''to bring all facts to light and to obtain compensation for the harm''.

Asked the amount of compensation the firm was seeking, a spokeswoman said the affair had caused ''serious damage to the Danone business''.''

Danone anticipates a free-cash-flow loss of 300 million for the fiscal year 2013. Secondly, the recall had a significant impact in terms of brand reputation and Danone will be seeking a fair compensation for that. The total damages will be quantified at the time of the trial,'' she said.

In a subsequent statement, Fonterra said it had been in ongoing commercial discussions with Danone and it was disappointed the negotiations had resulted in legal action.

It would now work through the detail of Danone's claims. It continued to be confident in its position and would ''vigorously'' defend any proceedings.''

Fonterra stands by its track record of having world-class food safety and quality standards, quality systems, and robust testing regimes across all its manufacturing facilities,'' it said.

Forsyth Barr broker Andrew Rooney said the legal action had two sides to it - the loss of a customer and the liability to pay Danone.

The loss of a customer was not considered a major issue, as the resultant product would be put into the market and traded through the GlobalDairyTrade platform. There might be a loss in pricing premium but that would depend on the demand and the availability of product from other producers, Mr Rooney said.

The liability was difficult to quantify without knowing the details of the insurance liability arrangements and the legal standing of the claim and defence.

There were some unknown provisions in Fonterra's full-year 2014 guidance and Forsyth Barr deduced they might be to cover such action. It was possible the legal debate might draw out for months, if not years, he said.

There was also the ''negative sentiment'' that surrounded such events, regardless of the facts, and there was already a drop off in unit pricing yesterday, he said.

Craigs Investment Partners broker Peter McIntyre said the announcement was a continuation of a series of ''bad news'' following the contamination scare.

Mr McIntyre believed it was probably making investors ''a little bit wary''. There was uncertainty as to what the outcome would be or what the timeframe would be, he said.

Dollar eases on news of action against Fonterra

The New Zealand dollar eased slightly against the US currency yesterday, following news French food giant Danone is taking court action against Fonterra in the wake of the botulism scare.

But also, the US dollar gained after the release of minutes of the Federal Reserve's meeting in December when policymakers decided to trim the US central bank's purchase of bonds to prop economic growth.

Across the Tasman, the Australian dollar fell after gains in the US dollar offset positive local retail data. The US dollar was also helped by some good US employment data.

The kiwi was US83.19c, falling to US82.53c after the Fonterra announcement, before rebounding. During the last four days, the kiwi had dropped slightly in value against the greenback.

''When a company [Fonterra] makes up more than 20% of the country's economy, and a large customer is taking legal action, there will be an impact,'' Mr Easton said.

The ADP National Employment Report showed US private employers added a higher-than-expected 238,000 jobs in December, the strongest increase in 13 months.

Investors are looking to the non-farm report to assess whether the pace and size of the Fed's scaling back of its bond buyer either quickens or increases at a meeting later this month.

Economists polled by Reuters have forecast 196,000 non-farms were added to the US economy in December.