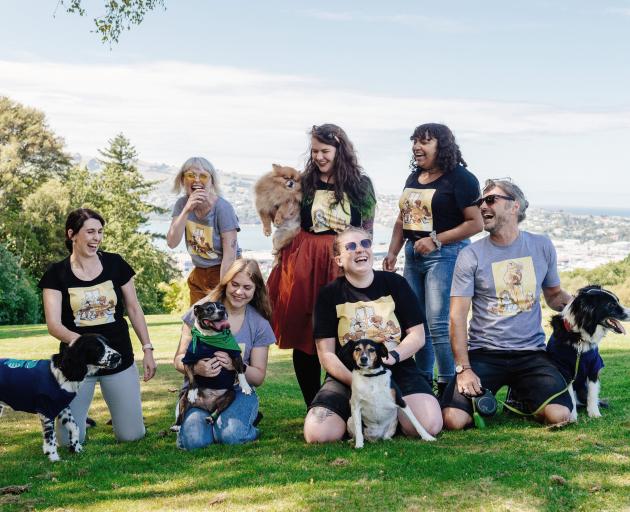 It is having international success with its latest game release which has involved partnering with a sanctuary for old dogs in the United States which has celebrity-like status.

Old Friends Senior Dog Sanctuary, in Mt Juliet, Tennessee, has more than 2 million fans on social media and was ‘‘the most wholesome place you can go on social media’’, Runaway chief executive Zoe Hobson said.

The game had been in development for several years and has turned the real stories of the sanctuary’s senior rescue dogs into an interactive experience.

It signified quite a change for Runaway, branching out not just into a game with many deep narrative elements and quite a different style of game playing but also working with an existing US-based IP user, Ms Hobson said.

One of the Runaway team was a massive fan of Old Friends where part of the sanctuary’s mission was to teach people that old dogs could make wonderful friends.

She was talking to a colleague about how good it would be to make a game in which the vibe of the sanctuary came through.

They came up with a design pitch and an email was duly sent to Old Friends, with the expectation they probably would not reply.

But a response was promptly received and the sanctuary was thrilled to have a game made.

‘‘It all grew from there. It’s been an amazing journey to go on,’’ Ms Hobson said.

She admitted she still had ‘‘fan girl’’ moments when Mack, one of the sanctuary’s canine stars, wandered into view during video calls.

Runaway’s feel-good game debuted in August with a worldwide rating of 4.9 out of 5 stars on Apple App Store and Google Play and she was thrilled with the response.

Old Friends was a game about friendship, for people who loved dogs, and Runaway wanted to create something meaningful to bring happiness, hope and comfort during difficult times.

Each month, Runaway Play will sponsor a new sanctuary dog resident with profits from in-game purchases, covering expenses for a full year.

The Runaway team has also designed a merchandise range based on the game, with all proceeds going directly to the real sanctuary.

Ms Hobson believed the main reason for the game’s success was its authenticity. It was very clear what the game was — it was for people who loved dogs.

Much work had gone into making it authentic and that came back to diversity and people making a game they would love to play themselves. The team was led by narrative designer Lisa Blakie.

It had been ‘‘super rewarding’’ to make games that brought joy to people’s lives, particularly in a world with Covid-19, and Ms Hobson believed making positive games was even more important at such a time.

The market changed all the time and it was still early days for Old Friends. There was still a lot of growth to do in terms of ‘‘getting it out in the world’’ and they were focused on growing both the game and its audience.

Covid-19 had provided some challenges and one of the biggest had been losing the Chinese market, due to regulation changes in the gaming sector. Previously it was quite a core part of the business, Ms Hobson said.

But mobile gaming continued to grow year-on-year and it was an exciting space to be in. It was also ‘‘pretty exciting’’ to making things for a global market from Dunedin, she said.

When Ms Hobson joined Runaway in 2015, there was a team of eight and now it numbered about 30. When she joined, she was the third woman in the company and women now numbered 40%. There was a focus on growing gender parity.

Staff was a challenge for the whole sector. Because mobile gaming was relatively young, finding experienced developers was ‘‘pretty challenging’’.

While Runaway was committed to upskilling within its team, it helped to have multiple senior mentors to do that and the whole sector in New Zealand was struggling with that.

There were qualified people around but the border closure meant the industry could not get them into the country and that was restricting growth.

Runaway had ‘‘fantastic people’’ and Ms Hobson loved what the studio was doing. ‘‘It’s a great industry, full of change, full of curve balls . . . it’s exciting to be in an industry like that.’’