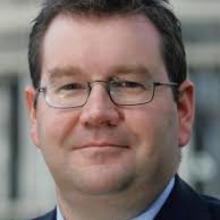 The Government's books are in healthy shape, with a $5.5 billion surplus and debt falling below the Finance Minister's 2022 target four years early.

Speaking to reporters at the release of the Government's June 2018 financial statements today, Finance Minister Grant Robertson stressed the importance of making sure New Zealand is prepared for a "rainy day".

"Economists have been warning about growing risks in the international economy, particularly due to rising trade protectionism, which we need to be well-placed to face in case this flows through to the New Zealand economy."

The books show the Government has a lot of headroom to deal with any potential economic shocks.

A number of factors contributed to the surplus being so far ahead of expectations, Robertson said.

For example, Government spending was 1.4% below forecasts as of June 2018 because of "timing issues," according to the Treasury.

This was largely a result of things like lower than expected spending across the education sector and less than had been forecast being spent on the year-end family tax credit claims.

There was also "one off factors," Treasury said, such as "timing delays" with Government initiatives – such spending on the Provincial Growth Fund and social housing expenses - being pushed out to the 2018/19 year.

Robertson said these factors will "reverse out" over the next financial year.

This is $300 million and $6 billion below the limits, respectively. But Robertson said the 20% and 30% limits "were not targets," and expects the level of debt to "fluctuate" over the coming years.

"We remain committed to the Budget Responsibility Rules. This gives us the space required to make the critical infrastructure investments that New Zealand needs, while still building a buffer."

But this does not mean the Government won't be taking on more debt.

GDP is forecast to increase at roughly 3% over the coming years - as it increases, the amount of debt held by the Government would reduce as a proportion of GDP.

Meaning the amount of debt the Government has may increase in numerical terms, while decreasing as a percentage of GDP and staying below Robertson's 20% target.

This means the Government can take on more debt, Robertson said there is a "plethora" of areas, such as health and infrastructure investment, he will be looking at to spending that borrowed money on.

Meanwhile, Robertson said a "strong economy" contributed to a higher tax take - almost 1% higher than had been expected.

"Corporate tax revenue was up, due to profits for both large and small businesses being higher than the Treasury had forecast in Budget 2018."