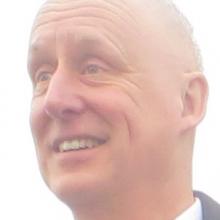 He made  the announcement yesterday  just days after saying SFF has never been in a stronger financial position.

He has been chief executive for three years.

Along with chairman Rob Hewett, Mr Hamilton helped drive the merger deal with Shanghai Maling, giving the Chinese company a 50% stake in the Dunedin-based SFF.

The merger was not universally welcomed by farmer shareholders.

Mr Hewett, now co-chairman of the group, said the board was saddened by Mr Hamilton’s decision to leave.

"We’ve been discussing for some time the demands on him working away from home and appreciate and accept Dean’s desire for change."

Under Mr Hamilton’s leadership, the company achieved a significant recapitalisation through the $260 million investment by Shanghai Maling and partnership with Silver Farms Co-operative. He also developed a clear and cohesive 2020 business strategy.

Earlier this week, Mr Hamilton said the first six trading months of the financial year resulted in a good improvement on  the previous corresponding period.

Revenue was up on last year. Lower industry volumes were more than offset by New Zealand dollar prices. Earnings were ahead of the pcp, albeit behind budget.

A combination of the Shanghai Maling investment, improved profitability and lower inventory had resulted in a material improvement in the company’s capital position. As at mid-July, it had cash in the bank and nil net borrowings.

In a statement yesterday, Mr Hamilton said he was proud of what everyone had  achieved at SFF.

"We’ve got a passionate group of people, farmer partners and customers around the world who are committed to the success of SFF."

Although he was sad to leave the group, Mr Hamilton expressed confidence the right people and capital resources were in place for the long-term plate to pasture strategy.