However, there is no word yet on the chain's Dunedin and Mosgiel shops.

The company says options for the Dunedin and Mosgiel stores are still being investigated and decisions have not yet been "fully confirmed".

The prominent chain of department stores in the South announced a proposal last month to reduce its network of stores and consolidate its operations back to its home base of Invercargill to secure the long-term future of its retail division.

H&J Smith managing director Jason Smith said it was an extremely difficult time for the company, its employees, suppliers and customers.

The company had been significantly affected by the Covid-19 pandemic, he said.

It was also grappling with increasing wage and compliance costs, an ageing store network in need of capital expenditure, security of supply and competing against multinational chains.

"We’ve carefully considered the options available and the feedback received and remain of the firm belief that our original proposal to reduce our store network is our best and only viable option,” Mr Smith said.

The Te Anau and Balclutha H&J Smith shops will close on July 31, affecting 17 employees. Seven are in Te Anau and 10 in Balclutha.

"It’s not a decision made lightly," Mr Smith said.

"We sincerely regret the impact these decisions will have on our employees and the communities we operate in.

"We acknowledge the efforts of local government officials who have been proactive in assisting with efforts to keep the stores in their communities, along with the landlords of the affected stores who have been willing to collaborate on rents and some of the capital works required.

"However, these efforts don’t resolve all of our challenges." 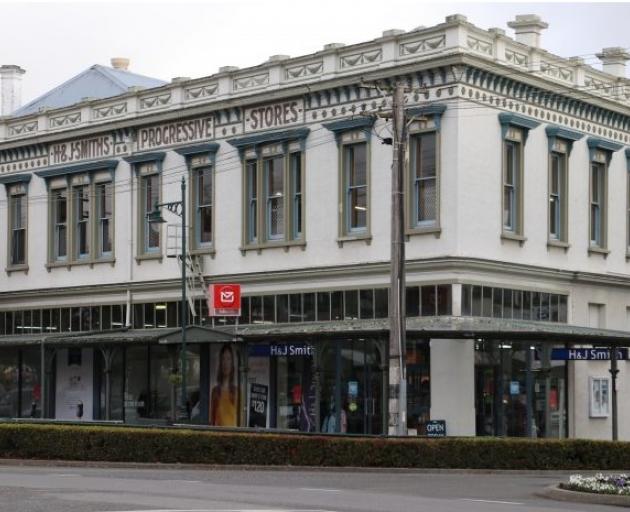 H&J Smith in Gore will be downsizing, while stores in Balclutha and Te Anau will close outright. Photo: Allied Press files
The main Gore store will close at the end of August.  By that time, the company expects to have a smaller fashion store ready for trading.  Twenty-seven employees are affected by the downsizing but the decision to retain a presence in Gore enables the retention of four employees.

However, New Zealand Post and Kiwibank are understood to be pursuing options for relocating within the town.

Seven Gore employees are affected and H&J Smith expressed hope that some, or all, may transfer to Kiwibank and New Zealand Post.

Outdoor World in Queenstown’s Remarkables Park, which is owned by the H&J Smith Group, will close at the end of August, affecting 10 employees.

"We will be making every effort to redeploy staff, where that works for individuals,” Mr Smith said.