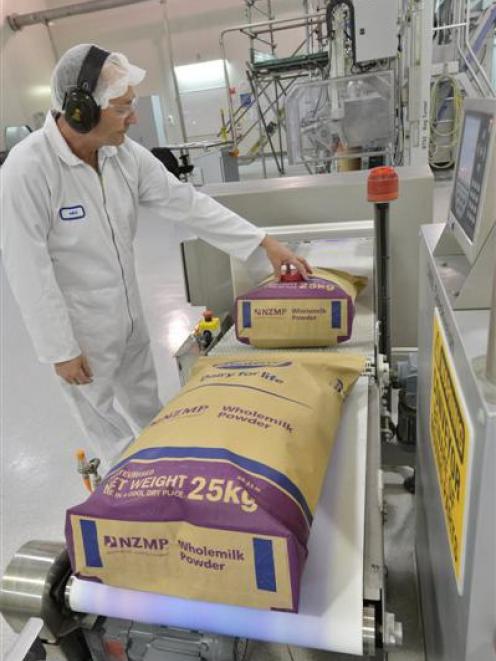 Fonterra issues bonus shares and changes contracts to help stimulate growth. Photo supplied.
Fonterra will launch a bonus issue in April that the dairy processor says will not dilute the value for either shareholders or unit holders.

The bonus issue will be one additional share or unit for every 40 held on April 12.

But New Zealand's largest company is also stepping up other parts of its operation as it settles into a publicly traded existence.

A five-point plan includes a further supply offer enabling Fonterra shareholders to sell the economic rights of some of their shares into the Fonterra shareholders fund; a dividend reinvestment plan to enable shareholders and unit holders to elect to receive dividends in the form of shares or units; flexible contracts to give new and growing farmers more time and options to fully back their milk production with Fonterra shares; and new opportunities for winter milk supply contracts in the upper North Island to fuel Fonterra's new UHT plant at Waitoa.

Fonterra chairman John Wilson said yesterday Fonterra was committed to providing flexibility for its farmers to help them manage their shareholdings.

''Milk is the lifeblood of the co-operative. For Fonterra to grow, we need our farmers to grow.''

With a stable capital base, Fonterra now had certainty and could offer farmers more ways to grow milk supply and give them more time to increase their shareholdings, he said.

Forsyth Barr broker Peter Young said the bonus issue would not dilute value for either the shareholders or unit holders. Shares on issue would increase by 2.5%, improving liquidity.

The bonus issue was necessary on two counts, he said. It was necessary to increase the number of ''dry shares'' above 5% of total shares, important for liquidity. And it was needed to ease the capital burden for farmers who had to increase their shares this season to meet the share standard. That was particularly relevant in the South Island.

There was also an off-market buy-back of ''wet shares'', or production-based shares.

Mr Young said the language used by Fonterra made it sound more complicated than it was. The supply offer was a means to buy back stock issued to seed the Fonterra shareholder funds units last year when few farmers were willing to participate at $5.50.

There was no impact on the funds market from the buy-back, with the exception that Fonterra was diluting value for all through the transaction. It issued shares at $5.50 and was buying them back at more than $7.70.

The co-operative also announced there would be greater flexibility in the share standard for new and growing farmers, he said.

''This signals the board's concerns over the level of the current share price and the additional capital required to share-up. This acts as a barrier to entry to new farmers which Fonterra is attempting to minimise.''

Fonterra expected milk production for the season to be up 1%, despite a 6% increase in the year to date, because of the dry conditions across large parts of the key dairy regions, Mr Young said.

Increasing market liquidity and the lack of market demand from farmers needing to increase their shareholdings given the bonus issue may alleviate some pent-up demand for both shares and units.

Forsyth Barr retained its reduce recommendation on shareholder funds units and had a target price on the units of $6.50.

''A bonus share issue for supplier shareholders and greater flexibility for new and existing suppliers to become fully `shared up' are pragmatic board initiatives that the council fully supports.''

The bonus share issue would ease pressure on farmers, some of whom might have struggled to stay with the co-operative due to the requirements to meet the share standard, particularly given the tough conditions many suppliers were facing at the moment, he said.

Also important was that the redistribution of profit, in the form of the bonus shares, reinforced the board's claim that TAF (Trading Among Farmers) was not a revenue gathering operation.

The new contract options will bring some relief for new and existing suppliers, Mr Brown said.

Modified contracts
• A new flexi contract linked to Fonterra's farmgate milk price would require farmers to buy 50% of shares up front for growth milk but they would only be required to buy their remaining shares when the farmgate milk price was above a certain threshold.

• A modified growth contract would allow farmers to buy a minimum 10% of shares up front for growth milk. Farmers would not have to purchase further shares until the fourth season. After that, they would be given more time to increase their shares, provided they made a specified minimum annual investment.