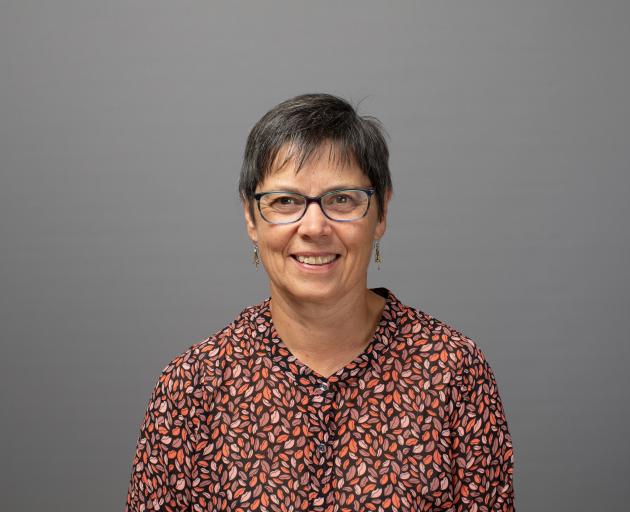 Joy Liddicoat came to Dunedin for a gap year.

At first glance, Ms Liddicoat (57) might not seem the stereotypical candidate for such a sabbatical; the lawyer and human rights expert had a successful career in Wellington which had been home for about three decades.

But one thing the move south taught her was that it was never too late to change — "you’re never too old to embrace new things and rediscover yourself", she said this week.

Back permanently in the city where she was born, Ms Liddicoat is an enthusiastic cheerleader of her new home and all it afforded, including — for her — the continuation of a rewarding legal career.

She came to Dunedin in 2019 to a job at the University of Otago, thinking it would be a short stay.

"I just fell in love with Dunedin, its people and way of life.

"Covid happened and I thought, ‘I’m going to stay, it’s too good’. Now I’ve got a house, I’m back home and just loving it," she said.

Born in Dunedin, she spent her first years in the city before the family moved to Christchurch. Her father was an engineer who had worked on the central South Island hydro-electric schemes.

From a young age, Ms Liddicoat had a strong sense of justice. One of eight children — the name Joy was in recognition of her mother’s delight at having a daughter after four boys — it could have been standing up to them and speaking up for herself, she said.

"I guess my sisters would just say I was bossy," she said, laughing.

Even her kindergarten teacher described her as having an "authoritative manner". That interest in arguing things, and making a case, spilled over to her studying law at the University of Canterbury.

The move perplexed her father at the time who thought being an accountant would be more useful to the family. But she quickly found her "intellectual home" there, including a love of the history of the law.

Her first job was at a law firm in Wellington and she initially focused on litigation, spending much of her time in District Court No 1.

She quickly realised her interest was about understanding why laws were the way they were and she moved to the Justice Department, furthering her knowledge of policies and processes.

From there, a varied and interesting career followed. She sometimes described law as the other relationship in her life, quipping she did not know whether it was her favourite uncle or an irritating friend at times.

But it was always there and always changing.

A Human Rights Commissioner for eight years, she was responsible for research on women’s rights and national human rights institutions and led the commission’s 2010 inquiry into the experiences of transgender people in New Zealand.

Between 2011 and 2014, she co-ordinated a global campaign for the Association for Progressive Communications, working with human rights defenders in the United Nations Human Rights Council, developing internet-related human rights curricula and publishing related research.

Before moving to Dunedin, Ms Liddicoat was assistant commissioner policy and operations at the Office of the Privacy Commissioner and was responsible for oversight of policy and technology-related research and advice and managing the commissioner’s investigations into alleged interferences with privacy.

Her job at Otago University was looking at the legal and policy implications of artificial intelligence.

Then followed a short-term contract at Silver Fern Farms as the company prepared for the Privacy Act 2020 which came into effect on December, 1, 2020; that morphed into a position as senior corporate counsel.

It was an exciting time to be involved in the primary industries sector, particularly in the "engine room" of a business which was totally transforming.

Ms Liddicoat did not come from a rural background, so the industry came with "whole new jargon", but she laughed that she now knew her kill sheets from a purchase order.

In May, the company launched its "net carbon zero by nature 100% grass-fed Angus beef" programme — that has been approved by United States Department of Agriculture — at an event in New York attended by Prime Minister Jacinda Ardern, celebrating the successful introduction of the beef to the United States.

The programme incentivised farmers to invest in, and maintain, on-farm carbon sequestration such as through native and riparian planting.

Developing the product was quite legally complex, she said.

There had to be clear technical standards to assess vegetation on farmers’ land for qualifying for carbon credits, which had to be independently verified, and then it had to be certified.

There was also agreements with farmers about finding their particular holdings, some of which were held in quite complex titles.

She was pleased to be "part of that team" involved with the project, and said success was a team effort — "that’s the cool thing".

That same teamwork occurred when Silver Fern Farms was recognised with the Office of the Privacy Commissioner’s Privacy Trust Mark for an internal reporting tool SFF developed.

The tool was developed, in conjunction with the IT team, so staff could easily report potential data breaches.

It had proven very successful, not because many breaches had been discovered, but for the "near misses" detected.

Asked what made a good lawyer, Ms Liddicoat said powerful listening skills were crucial — "being able to listen to your client and understanding what is really at the heart of their problem".

Also needed was the ability to be a "free and frank" adviser, while staying up to date and evolving were critical as change happened all the time.

Remaining intellectually curious, engaging with others and being involved in things outside of law were also important.

That included exploring Otago trails on her e-bike, a keen interest in bird watching, singing in a choir and tramping.

"I like to get out into the hills and get active," she said.

One of her delights was finding a thriving tech sector in the city, as she described Dunedin as one of the country’s best-kept secrets. The people were also kind, she said.

She was also considering writing another book; last year, she wrote one on human rights and the internet which was published in the United Kingdom.

"I quite enjoyed that process of writing. Watch this space," Ms Liddicoat said.

Much had changed in the legal profession since she started studying law in 1982. Back then, she estimated only about 25% of her law classmates would have been female and there would have been a drop-off factor.

In hindsight, gender was an issue, but she "just did that classic gender thing" and took whatever offer was given, rather than negotiating it.

She also suffered coming out as a member of the rainbow community and it was nice to see a more open and inclusive profession now, she said.

Technology-wise, she started off with typing using carbon paper and recalled the excitement of using an electric typewriter and dictation machines.

Her advice to young lawyers today was, if they could get a job in their home town, then they should consider it.

Working in a small firm in a smaller centre provided "a little taste of everything" and, in law, "generalists" were quite rare these days.

Rather than endeavouring to "get it all done" by the time they were 27, there was a big career out there and a life to live.

In her case, it was a salutary lesson on never giving up on her career, and continuing to have fulfilling and interesting roles rather than "coasting to the end".