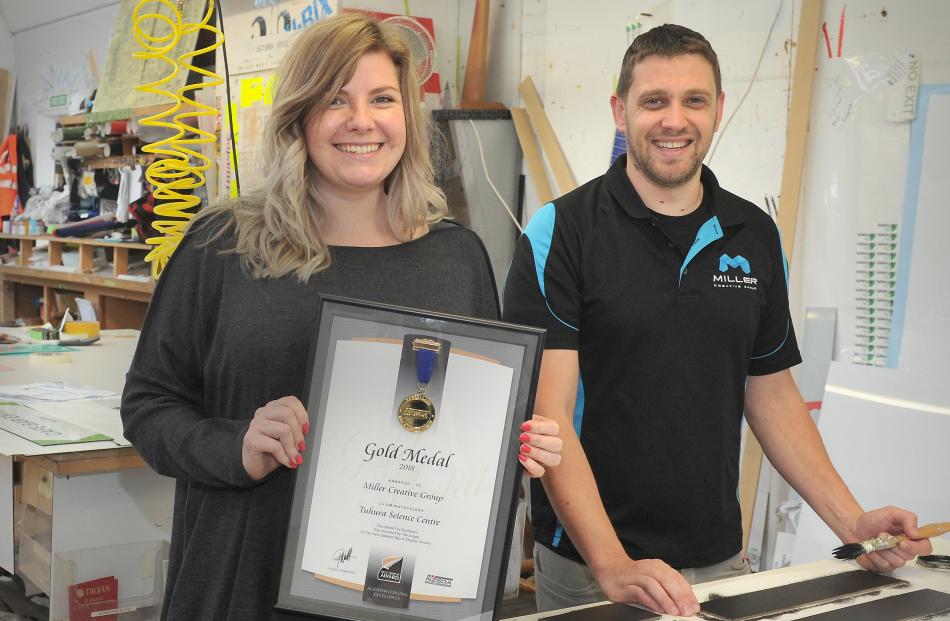 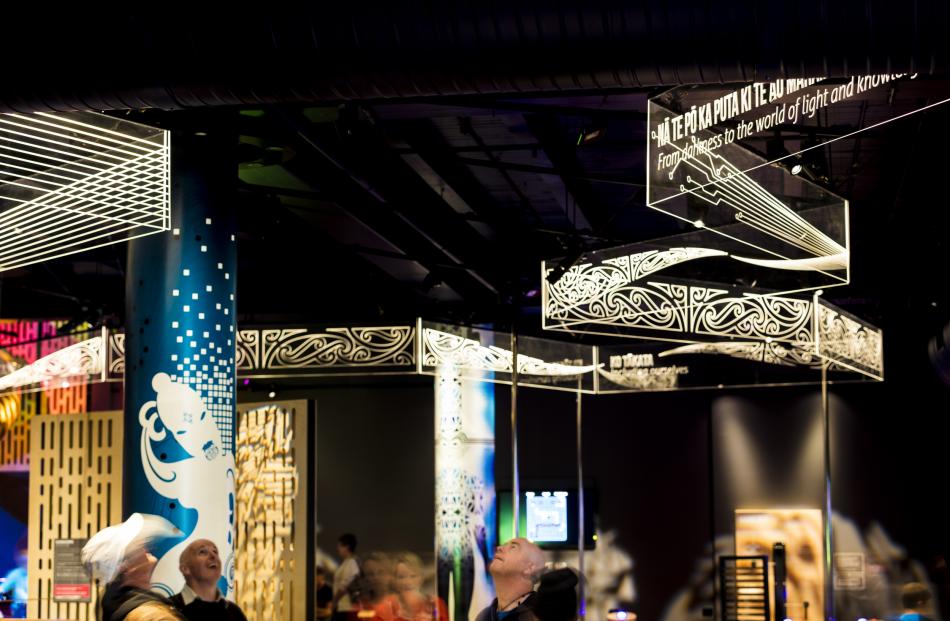 Miller Creative Group's success in the New Zealand Sign and Display Awards shows a company from ''little old Dunedin'' can hold its own on the national stage, managing director Keith Cooper says.

The firm received a gold award in the illumination category for its Whakapapa Ribbon project for the Tuhura Science Centre at Otago Museum.

Mr Cooper said such successes needed to be celebrated more in the city to acknowledge ''that we can do it down here''.

From humble beginnings as a signwriting studio in a small upstairs room in George St 105 years ago, the firm has grown to include design, project management and shop and office fit-outs.

The business was rebranded and relaunched in 2016 and there had been a definite change in how things were done, signage and sales manager Steph Sykes said.

Design and creativity had been ''stepped up'' as a result of the firm's rebranding and Mr Cooper's involvement in the business, she said.

''He gives us the confidence to go out and chase that stuff.''

The awards, held in Auckland, were the flagship event for the New Zealand Sign and Display Association.

It was all about recognising excellence and categories ranged from illuminated to hand-painted signs.

A haul of four awards was ''quite rare'' and the Miller team felt it had ''punched really above our weight''.

The Whakapapa Ribbon project was challenging, but also satisfying, and it took a very experienced team to pull it off. The result was ''phenomenal'', she said.

The firm, which had 14 people in its signage team, also had an office in Christchurch but all its signs were made in Dunedin, Mrs Sykes said.

Miller Creative Group was striving to be a leader in the industry. It had a young, enthusiastic design team and an experienced and knowledgeable production team, she said.

It was also recently named an accredited Master Sign Maker, which was recognised by the NZSDA board as a mark of ''exceptional quality'' after a thorough appraisal of work practices and ethics, production techniques and business practice.