Toyworld story coming to an end 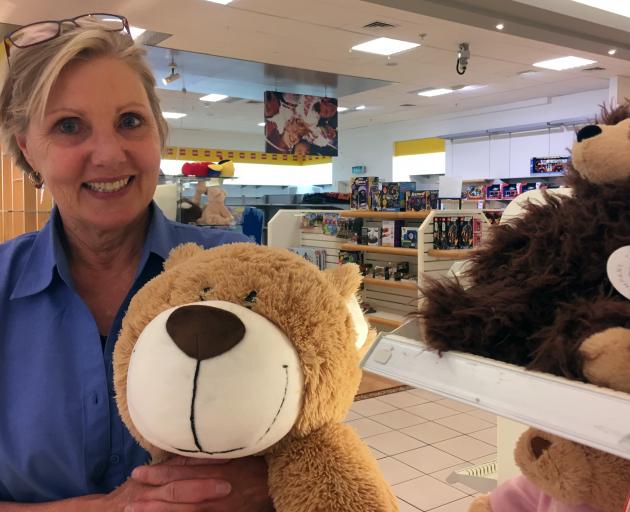 Toyworld Dunedin owner and operator Linda Verity in the toy store in Meridian mall, which is closing this month. PHOTO: SHAWN MCAVINUE

Linda Verity bought Toyworld Dunedin when it was in the Golden Centre in 2004, then moved it to Vogel St for a year in 2010 before space in Arthur Barnett in the Meridian Mall became available to sub-lease seven years ago.

Now she is closing the store.

When Arthur Barnett was sold to H&J Smith in 2015, she expected change because H&J Smith in Invercargill has a toy department.

‘‘I knew there was a likelihood they would want this space back — it wasn’t a surprise.’’

A decision had to be made whether to move the business elsewhere in Dunedin or close it.

She decided it was ‘‘the end of the road’’ for several reasons.

Firstly, she could not find a ‘‘perfect place ’’ to relocate the business to justify the cost of moving.

Secondly, H&J Smith would be selling similar toy lines to her.

Thirdly, profit margins were getting ‘‘squashed’’ in the competition with chain stores and internet retailers.

To compete, she had to cut margins.

However, she ‘‘agonised’’ over the decision.

The business was profitable and if the sub-lease was offered for another five years, she would have taken it.

When Ms Verity entered the toy retail industry 14 years ago, there were 12 Toyworlds in the South Island but now there would only be five — three in Christchurch, one in Invercargill and one in Westport.

Over the 14 years, children had stopped playing with toys at a younger age

In the past, toys could be sold to children aged up to 14 but now older children preferred cellphones or video games.

‘‘We struggle to find something for an 8-year-old girl.’’

A 10-year-old boy was a struggle to buy for if he didn’t like Lego or science kits.

In her career, she had seen many ‘‘fashion toys’’ come and go.

The fashion toys include fidget spinners, beyblades, and dolls ranging from Bratz and Monster High to LOL.

‘‘The craze explodes for three months, you cannot keep enough stock and then it’s over.’’

No matter what the fashion, the ‘‘solid base’’ of toys, such as Lego, Meccano, Siku and Sylvanian Families continued to sell.

The big toy companies ‘‘regurgitated’’ the same products year after year, she said.

‘‘It’s Barbie again but in a different dress or a Transformer in a different box but it’s really cool when you see a company like Zuru come along and bring in some fresh ideas.’’

People were interested in toys in three stages of their lives — as a child, a parent and a grandparent. Parents often bought too many toys for their children, making it harder to find presents for the child in the following years.

She wished people would buy their child one quality toy for Christmas.

‘‘Obviously it goes against the grain because I want to sell them toys but it would be nice not to swamp kids with too many toys, but they do — they want to spoil them.’’

The shop lease expires at the end of the month but Ms Verity expects the remaining stock to be sold sooner and the store to close in about a week.

After closing Toyworld, she planned to move to Wanaka, where she owns a house.

Customers' wishes are not taken into consideration. We MUST have the H & J Smith range, or nothing. Annoying, lovely though Invers is.