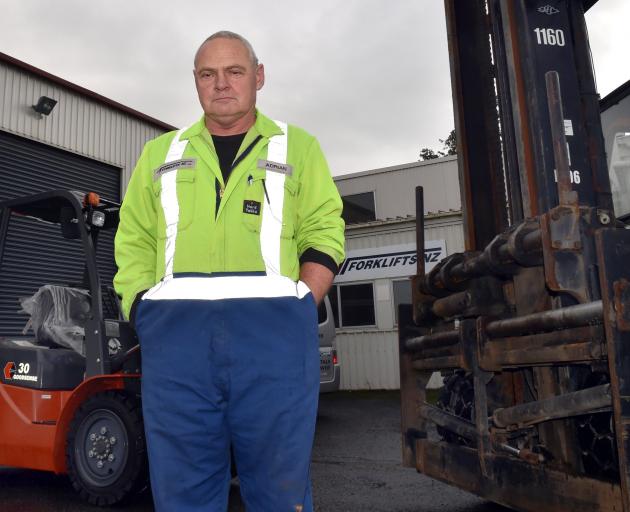 Forklifts NZ employee Adrian Goodall is concerned for the future of the company he works for. PHOTOS: GREGOR RICHARDSON
Businesses associated with the Tiwai Point aluminium smelter say its closure will seriously harm their incomes and jobs.

It has been predicted the closure of the New Zealand Aluminium Smelter [NZAS] facility would indirectly cost about 1600 jobs from around the Southland region — outside of the 1000 employees at the site.

McCallums Group has had a working relationship with the smelter for more than 27 years, supplying and cleaning the smelter’s employees’ and contractors’ uniforms.

"It will certainly have an impact on our business," McCallums Group sales and marketing manager Paul Harrington said.

Work with the smelter made up as much as 20% of its business.

Closure could affect 10 to 12 staff — but Mr Harrington said the company would find a way to keep its workers employed.

"I emphasise that staff are not being made redundant ... we would think their hours could be altered to compensate the loss of that business." 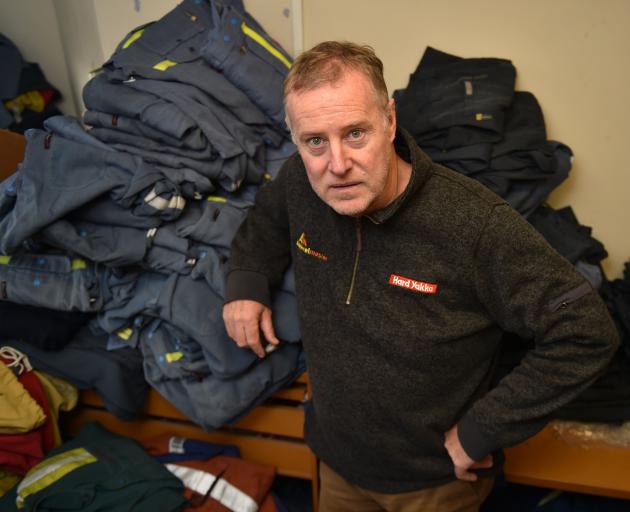 Paul Harrington surrounded by uniforms his dry-cleaning company cleans for New Zealand Aluminium Smelters; he will lose 20% of his business if the smelter closes.
He was confident the company had two new business opportunities that could come close to covering the work it would lose next year.

"We always felt there was an end of life for the smelter."

Forklifts NZ chief executive Wayne McCulloch said the smelter had a significant number of its forklifts on lease and was one of its largest customers.

Losing the smelter as a customer would be "very, very hard".

"We’re talking a significant amount of machines and ... I can’t actually see where those machines will be put into work in Southland."

It was too early to know how job numbers at the company would be affected, Mr McCulloch said.

"The only thing we can think ... might keep things going a little bit is how long it takes to close the business down."

He said his business provided forklifts to other companies that also worked for NZAS.

Mr McCulloch was frustrated the Government would put $10million towards tourism companies like AJ Hackett Bungy.

"Why are they able to put millions of dollars into ... people jumping off [bridges] and stuff like that and yet you’ve got something that probably keeps 2000 people in employment ... but they don’t seem to want to make that [happen] for people."

For Ultragas owner Brian Haladane, the news meant a contract to upgrade production of lpg and tanks next year was now up in the air.

"I’m not sure where we are with that now."

"We’re essential to the place especially for the gas side of things."

"It’s disappointing, but we do have a lot of other options without them," he said.

Not all companies were happy to talk about the announcement, such as Yunca Engineering, which has had a long standing association with the smelter.

"After discussion we have decided not to comment at this stage due to our strong local loyalty to all those at NZAS," Yunca Engineering managing director Karyna Young said.

"This will have significant knock-on effects for the Southland community for years to come."

She said it was now time to focus on filling a $595million economic hole the smelter would leave behind.

"The Government has been aware of the review of NZAS for some time, and we would like to see what their plan is around the social and economic costs for the loss of this business."