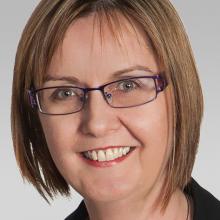 Suzanne Kinnaird
Forsyth Barr remains sceptical over whether The Warehouse Group will meet its near-term profit-margin target, particularly given the key Red Sheds chain was still showing a fall in margins.

The upside was outweighed by downside risks to margin assumptions.

"We are not expecting to make any material changes to our earnings forecast.

"We see nothing to change our view of underperform. Transformation takes time and is typically never smooth sailing," she said.

The Warehouse Group reported retail sales for the third quarter ending April 29 of $701.2 million, up $17.7 million, or 2.6%, compared with the previous corresponding period.

Group chief executive Nick Grayston said the result was encouraging after the 0.9% sales fall experienced in the first six months of trading.

"The sales growth achieved in our third quarter shows a positive turnaround from the first half-year, which was impacted by major changes to our pricing strategy and operations."

The Warehouse apparel category continued to trade well and there was an increase in gross margins compared with the corresponding quarter last year. Grocery sales experienced a lift but was offset by sales falls in music/DVD and communications categories.

During the period, the group centralised its marketing functions and consolidated its agency relationships.

"We expect these changes to contribute to stronger online growth in the future."