Close to one million people visited Milford Sound last year, but that has slowed from a torrent to a trickle as borders have closed.

Covid-19 is just the latest calamity to strike, coming off the back of devastating floods in February and even earthquakes.

While many businesses experienced a welcome boost over the school holidays, visitors numbers have already slowed.

"School holidays have been great, numbers have been really, really pleasing - but of course, that's over so we're going to be potentially falling into the precipice now."

Most businesses usually tried to hold onto staff through the quieter winter months in the expectation of things picking up in summer, he said.

"For a lot of people there is no summer, so there's no point in carrying those staff, so most companies are running bare skeleton." 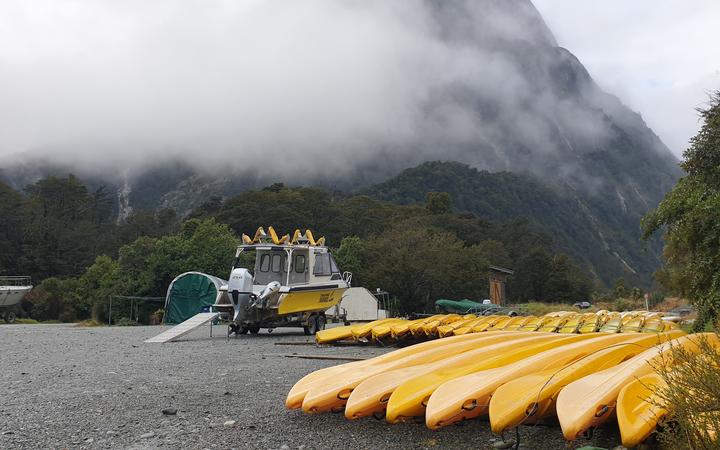 Operations leader Tony Woodham said Milford was a resilient community with many long-term businesses, but it had been a year like no other, including flooding through the terminal which was still being fixed.

"So Covid really coming along was an unbelievable experience. No one could imagine the immediate effect on this place," he said.

Milford was here to stay and businesses would continue to act as guardians of the taonga, Woodham said.

"It is a privilege actually to serve this place, and we try to employ people who feel like that. We're trying to hang on to a team of people and surround ourselves with cruise operators who believe that too.

"They're passionate about sharing it. It will continue, people will find their way there and it's a matter of hanging in there."

About 80% of guests with tour company Southern Discoveries are from overseas.

Operations manager Wolfgang Hainzl said the school holidays saw an influx of locals - a much-needed morale and financial boost - and some scrambling to find larger vessels to accommodate everybody.

But he said staff numbers still had to be cut and, across the fiord, were probably down by about 60% on normal levels.

"It is one of those iconic areas which probably a lot of New Zealanders have never experienced, especially if you're in the city. You don't see that you've got to drive 120 kilometres to the next supermarket," he said.

"It's quite unusual for New Zealanders. They like to go down to the corner dairy and grab the bottle of milk. Well, for us, it's a 240 kilometre return trip." 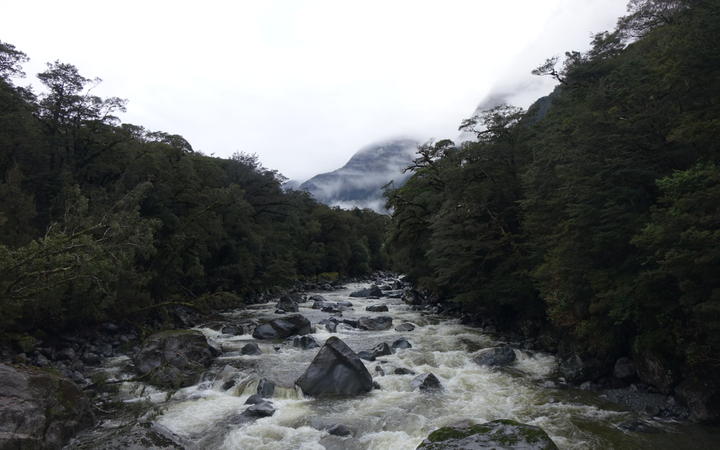 Photo: RNZ
Hainzl estimated staffing across Milford businesses had reduced by about 60%, but said businesses were holding on and he remained hopeful for the future.

"I think the advantage for our company - most companies in Milford actually - is they're all family owned. Our company is owned by a Southland family. It is actually something quite positive.

"We are here to stay, but it will be a bit challenging. I think if we can get the Australian bubble going, it would be fine."

He wanted to see the Government's plan for the future of tourism and where Milford Sound fits in.

Real Journeys general manager Paul Norris said they would be operating on weekends only for the rest of winter when usually there would be a couple of cruises a day.

But he was continuing to stay positive.

"The Kiwis that are going in there are just loving having the place to themselves," Norris said.

"We think it's going fine and Milford will always be Milford and will always be an iconic destination for Kiwis and hopefully the international tourists when they come back again in the future."

And for locals put off by the rain, Rachida Toure from Mitre Peak Tours had this message:

"Don't let the rain deter anyone from coming into Milford. It's a rainforest so it rains here quite often and you'll get to see some spectacular waterfalls so come rain or shine, you're always going to have a lovely time in Milford Sound."

Milford businesses said when it came to normal service resuming in paradise and the visitors returning, it wasn't a matter of if, but rather when.