Milking it: Tapping into coffee culture

Jo Mohan and Luka Licul have co-founded Spout Alternatives, with Nick Jackson, of Christchurch, to put milk into kegs and reduce the number of plastic milk containers used in cafes.

The trio are preparing to launch their permanent dispensing system, which is similar to the way beer is available on tap in bars. 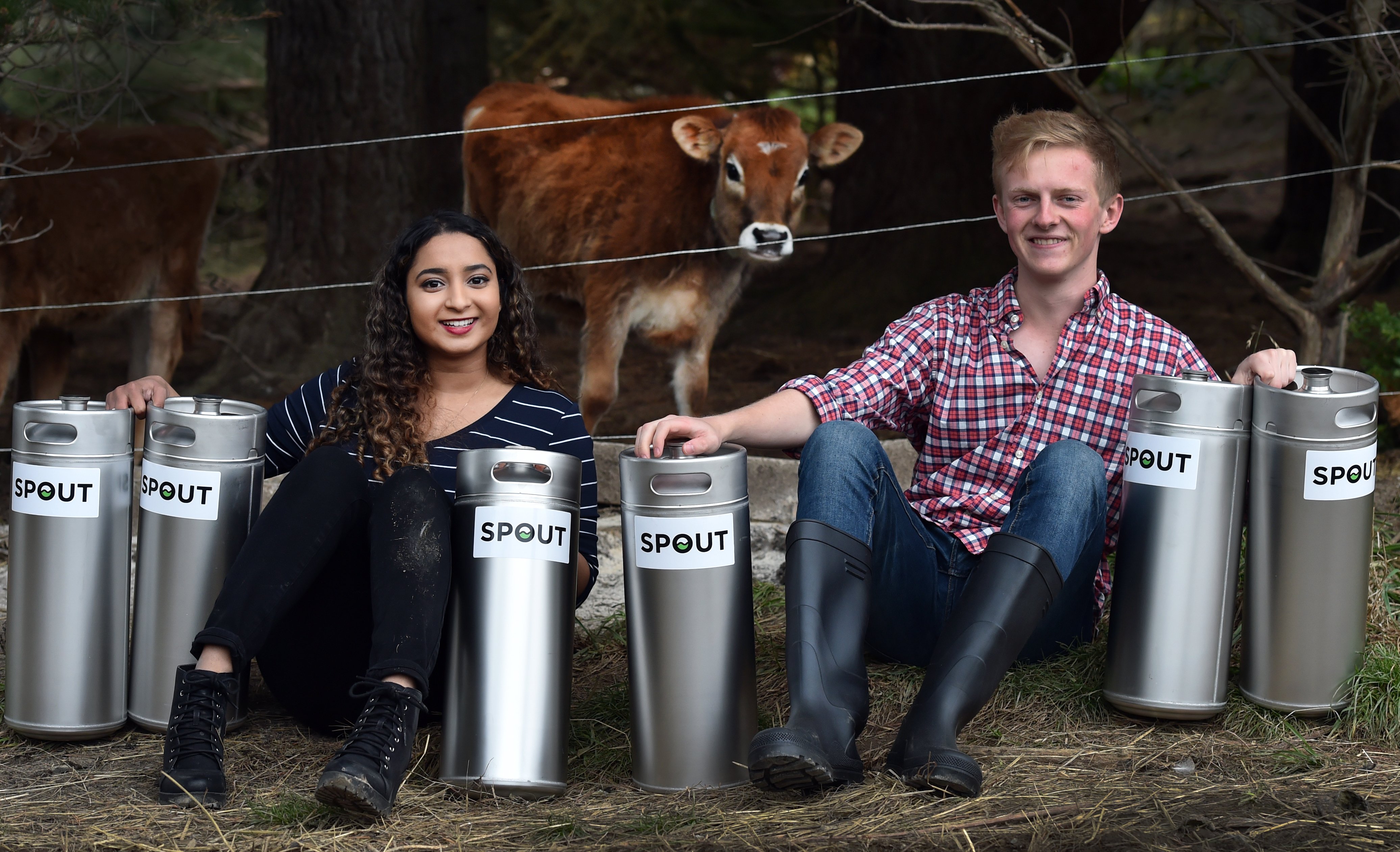 Spout Alternatives was formed earlier this year after the trio attended youth business accelerator Venture Up, a programme run by Creative HQ, in Wellington.

Ms Mohan (22), who has a commerce degree, is now a marketing intern at Tuapeka Gold Print. Mr Licul (18) is in his first-year studying law and commerce at the University of Otago, and Mr Jackson (23) is a chemical engineer.

They partnered with Dunedin cafe The Corner Store to pilot the initiative and are now ready to launch to the public.

The kegs are delivered to the cafe and hooked up to a dispensing system already installed. 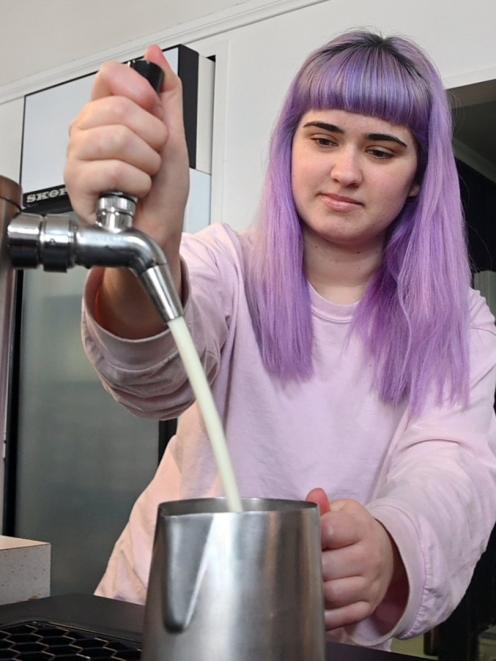 Caitlin Rosalie pours milk from a Spout milk keg at The Corner Store cafe. PHOTO: CRAIG BAXTER
The trio are very mission-oriented; when doing their initial market research, they discovered Wellington cafes were using 6000 two-litre containers of milk a day.

That amount of plastic waste is driving the trio to increase the number of cafes taking part in their initiative.

Long-term, they hoped to expand nationwide and ``make plastic milk bottles a thing of the past in cafes'', Mr Licul said.

Ms Mohan said they were conscious that, as the business grew, Mr MacNeille's herd of Jersey cows would not necessarily be able to keep up with that demand.

So they were looking at getting other suppliers, even potentially Fonterra, although they did not have the facilities at present to hold a tankerful of milk.

Every small effort counted when it came to reducing the world's plastic problem, Ms Mohan said, and she also liked being able to support local businesses.

Mr MacNeille, who has had a long relationship supplying The Corner Store, was supportive of the initiative.

Currently milking 26 cows, his farm was heading into a quiet period before production ramped up later in the year.

``If it takes over the whole country, I'll be in trouble,'' he said, laughing.

Brilliant. I'm sure there are other businesses that use large volumes of milk and would appreciate bulk supply.

Awesome! This business deserves serious support and mentoring from those who can help the business grow massively. This cd be an important Dunedin-based business, making and supplying the steel containers etc. For NZ and potentially Australia.