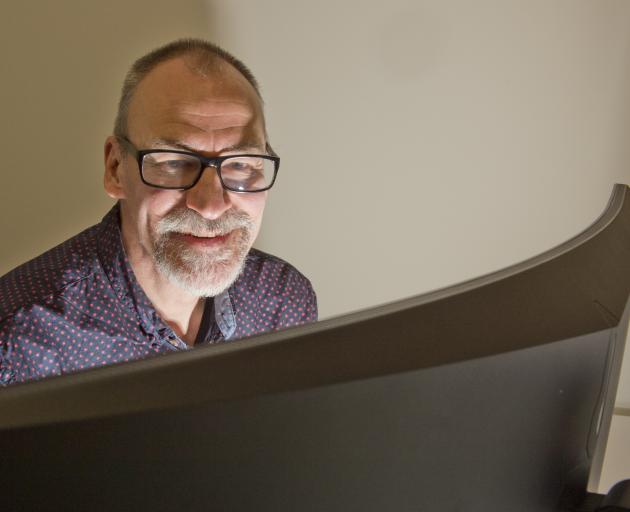 New Code establishment director Tim Ponting sets up his new office at Petridish. PHOTO: GERARD O’BRIEN
Only a handful of games companies are driving booming growth in the gaming industry in New Zealand, leaving behind a vacuum where new companies should be appearing.

That is the area new Centre of Digital Excellence (Code) establishment director Tim Ponting says he needs to focus on.

"The industry is growing on average by nearly 40% year on year, which on the face of it is just an amazing achievement," he said.

"That growth is mostly the top eight companies making games in Aotearoa.

"They are growing very, very strongly but the next generation of companies behind them are not happening right now."

That is where he and Code step in.

In June the centre opened up $700,000 of funding for individual or small groups to get help to build prototypes or get games shipped and sold.

Applications closed on Tuesday and Mr Ponting said they received 56 expressions of interest, 13 for the StartUp grants and 43 for the KickStart grants.

StartUp is for teams or individuals that have a game or a prototype that needs investment.

They are not always strictly games, Mr Ponting said. The prototypes could be related to a technology in other areas such as education or health.

KickStart was to help in cases where developers had an idea or the early stages of a game and needed financial help to push on.

The expressions of interest will be worked on with Mr Ponting and his team before a full application can be entered at the end of September.

All of the applicants have to be in Dunedin, and Mr Ponting said the amount of interest in the funding showed the city’s grassroots in game development was very healthy.

"We have discovered large numbers of people making games in and around Otepoti Dunedin, that we didn’t know existed.

"This has been similar to experiences in some of the cities where regional development has been done in this [gaming] marketplace."

Some of those people making games were what he called hobbyist developers — people who worked in other fields but developed games in their spare time.

"Even being a hobbyist developer requires quite a lot of expertise and dedication.

"There are many people who start out as hobbyist developers who find success."

One example was Sam Barham, Mr Ponting said, who built games in his time off while working as a programmer for a business that was not involved in gaming.

Further funding for bigger companies to help them be more ambitious and hire more staff would be announced in due course, Mr Ponting said.

Mr Ponting will work from the Petridish shared working space on Stafford St.

His background is in journalism and publishing, before he became public relations director for Activision, the company that created Call of Duty.

Originally from the UK, Mr Ponting has been involved in the development of more than 140 games in his career.

"Having settled in New Zealand I’ve really made it my mission to help the industry here because of having had a long experience."

An independent panel will decide on who wins the funding, because of the potential for a conflict of interest.

"Even if you include Australia as well, this is quite a small industry. There’s less than a thousand people employed currently full time in New Zealand ... making games."

He will be in the role for 12 months.

Code has been allocated $10million from the Provincial Growth Fund to act as a national hub to support the $1billion gaming industry across the country for the next decade.