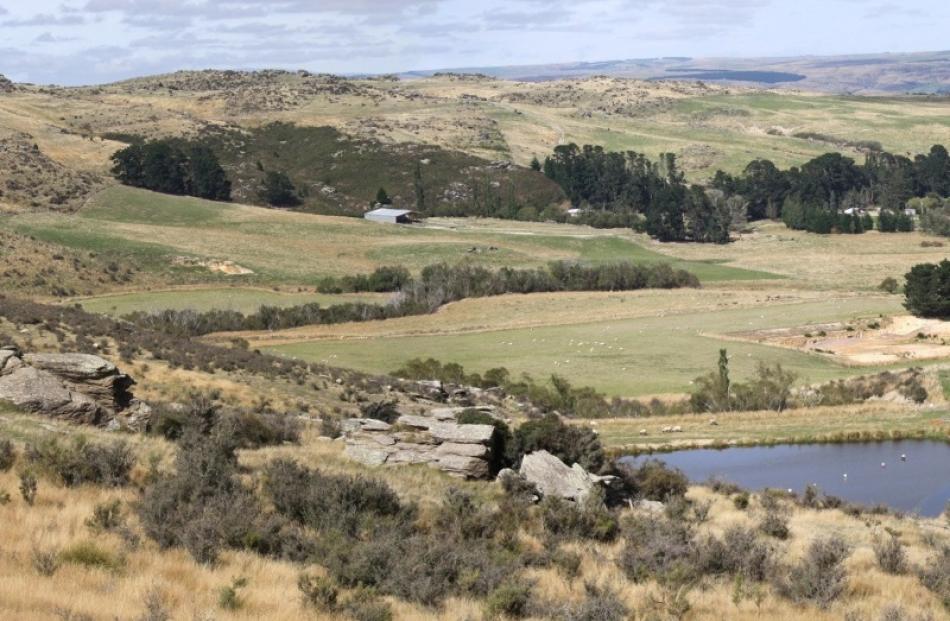 The diatomite mine at Foulden Hills, Middlemarch, when it was being operated by Featherston Resources, in early 2012, before it went into receivership. Photo supplied.

Parts of Indonesia are ablaze in illegal efforts to clear land for oil palm planting and Otago-sourced diatomite is a preferred fertiliser for the palms.

Once production resumes at the mine, near Middlemarch, the fertiliser will be bound for Malaysia.

The mine, has, under two owners now, attracted a total $29 million investment, and is yet to be proven commercially viable.

The mine's new owner, listed Malaysian company Iris Corporation is investing a total $A13 million ($NZ14 million) in the venture, having paid $A4.8 million for the assets of the now defunct founding company Featherston Resources and $NZ615,000 for the land at Foulden Hills, Middlemarch.

The balance of the $A13 million is to be spent on exploration, drilling and production.

The mining has resource consent and the original 20-year mining permit has been extended until November 2033.

In a May announcement, Iris said the silica-rich Middlemarch diatomite would be used ''mainly in oil palm plantations, and for rice and sugar cultivation'', noting it improved resistance to a fungal disease in oil palms.

Iris said the rationale for the mine purchase was that Malaysia had 5 million ha of oil palm plantations.

Iris hoped to sell the diatomite there as well as in its other operations in more than 20 countries in Africa and Asia.

Featherston was taken over by Plaman Resources.

Plaman's two directors, George Manolas and Panayiotis Plakidis, of New South Wales, could not be contacted.

A spokesman for the accounting company at Plaman's registered Auckland address declined to release any information ''due to confidentiality''.

In November last year, the Overseas Investment Office granted consent for Plaman Resources to buy the 42ha site, in Moonlight Rd, Middlemarch, for $615,000, while the existing mining permits were transferred from Featherston Resources to Plaman earlier this year.

The diatomite mine was started by Featherston Resources in 2011. It spent about $15 million in shareholder funds to start a $1 million diatomite manufacturing plant near Mosgiel in April 2011.

Featherston floundered, with only minimal production, and reported consecutive losses in 2012 and 2013 totalling more than $5.7 million.

Featherston ended up in an acrimonious administration and receivership by January last year, owing creditors millions of dollars.

It faced a bail-out takeover by Australian investment company Plaman Group, which at the time was offering little or no cash to shareholders for their stake.

In February last year, Plaman Resources Ltd was registered with the Companies Office in New Zealand, with 50.95% of its shares owned by Iris Corporation, a listed Malaysian company and a subsidiary company ultimately majority-owned by the Malaysian government.

The remaining 49.05% stake is held by Burleigh Nominees Ltd, domiciled on the Isle of Man, UK.

The private Featherston Resources was a New Zealand incorporated company, but registered as a foreign company here, with its primary corporate office in New South Wales.

Its receivership was fought out in Australian courts.