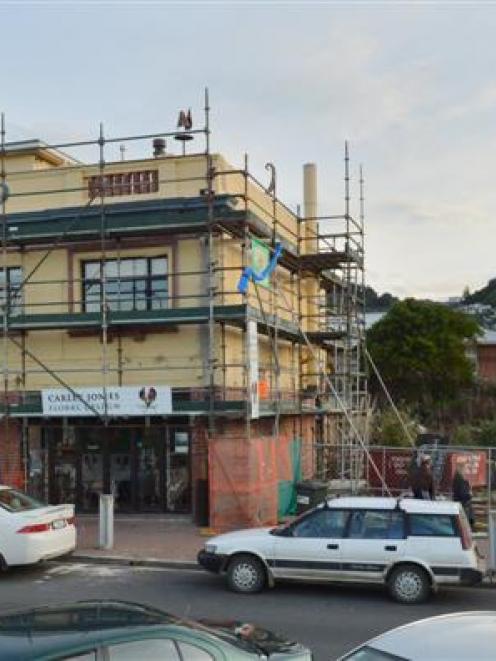 The empty section, at right, to be used for a commercial development. Photos by Linda Richardson.
Millions of dollars could be invested in new projects at St Clair's Esplanade block during the next six months, including a long-running proposal for a three-storey commercial building, valued at more than $2 million.

Aside from the commercial building plans, the former Esplanade restaurant is still under redevelopment and a major extension is being considered at neighbouring Neptuno Restaurant.

For the past 10 days large sinkholes in the Esplanade have grabbed public attention and sparked concern among local businesses, and the Dunedin City Council faces high rebuilding costs.

Christchurch-based restaurateur and developer Murray Macarthy has been proposing a commercial building on the only clear section within the Esplanade block for more than decade.

When contacted recently about the section, he said final architectural plans had been drawn up and he hoped to be in a position to apply for building permits shortly.

''If we had permits in place this year, there's no reason why we couldn't start [construction] before the end of the year,'' he said.

He was aware of the sinkholes, but was confident the council would fix the problem. The three-storey commercial building would have two separate commercial spaces, plus one apartment on the top storey. 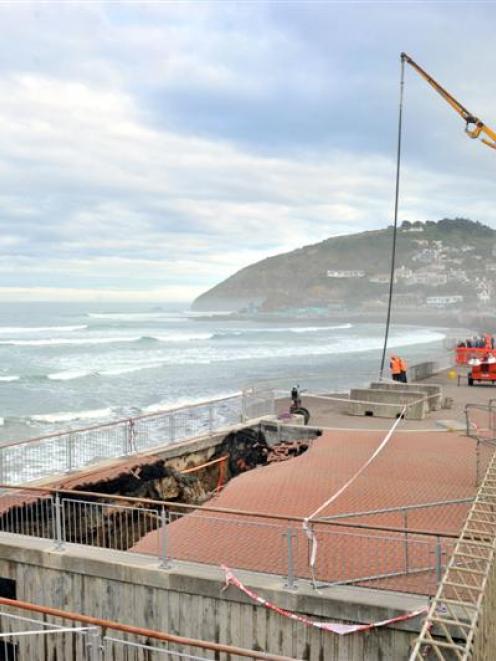 Work on the sinkholes during the weekend.
Mr Macarthy was undecided whether to take space and develop another restaurant himself, but said there had been expressions of interest from local and national retailers for the spaces.

''We're first going to look at the development just for the open market,'' Mr Macarthy said.

Mr Macarthy purchased the former Swell restaurant in the Esplanade in October 2011 for about $1 million, out of receivership, then similarly paid about $1.3 million in December for the adjoining seven-unit Esplanade Motels and Apartments complex, which has since been upgraded. He also purchased a Bedford St residential property.

Almost 12 years ago Mr Macarthy bought and demolished the St Clair dairy, which is between the Metropole and Hydro buildings within the Esplanade block and the section has since lain bare.

Mr Macarthy, who will fund the development himself, estimated its cost ''beyond $2 million''. He said plans had been drawn up to extend Neptuno out to its street boundary, but he was undecided when that might go ahead.