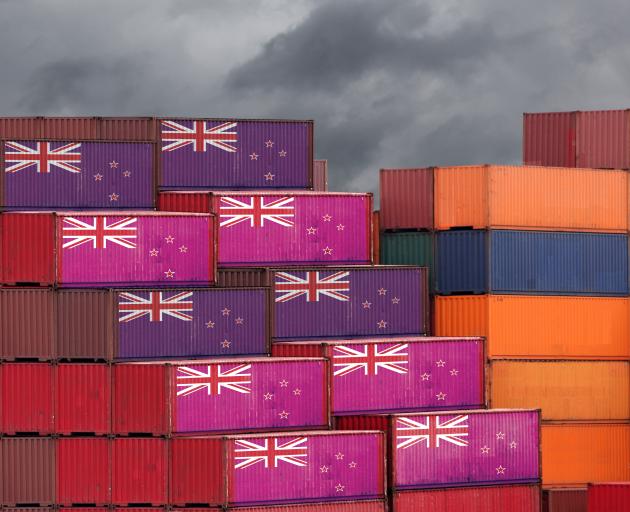 "We have strong fundamentals and are well prepared, but we need to be realistic that if the global economy slows, it will affect our economic growth," she told Business New Zealand in a speech.

"The finger of blame for the slowdown in global trade growth is generally pointed at countries pursuing increasingly protectionist policies, which are naturally affecting confidence and investment plans," she said.

Specifically, "trade tensions in the wake of tariffs imposed by the US on Chinese imports dented the strong growth seen in 2017."

The concern is that further reductions in Chinese exports could cause a material slowdown in its economy "with adverse effects for New Zealand exporters," Ardern added.

Overnight markets were weighed by global growth woes, with the Bank of England and the European Union downgrading their growth forecasts for 2019 and the Dallas Fed President Robert Kaplan stating that the US economy will grow just 2% this year, according to Reuters.

Ardern also pointed to Brexit, and the risk of a no-deal scenario.

"There is a lot of uncertainty around what such a scenario would mean, and while we are doing our best to create a buffer through, for instance, our recently signed mutual recognition agreement, a no deal Brexit could still do harm to EU economies or disrupt financial markets," she said.

While there are global headwinds, Ardern also said that "domestically we are seeing both short and long-term issues that could constrain economic growth, if left unaddressed."

These issues include education and training and the potential impact of automation. "Businesses are facing a constant struggle finding the people with the right skills at the right time to do the jobs that need to be done."

She said the government will shortly announce proposals for consultation regarding reforms to the vocational education system.

Pointing to climate change, she said the government will soon announce plans for legislation to establish an enduring institutional framework for managing the long-term transition to a low-emissions economy.

"Another issue currently confronting the government is inequality, and our commitment to bring fairness into our tax system," she said. Ardern said the report from the Tax Working Group would be made public February 21 and the finance and revenue ministers are expected to release the government's full response in April.

Regarding the upcoming "well-being budget" she reiterated it will include measures that "track the progress of our country based on what enables people to live fulfilling lives - things like material wealth; our capability as individuals, families and communities; and the health of our environment, such as the cleanliness of rivers."

Ardern also underscored the government's "strong desire" to continue partnering with business "wherever we can." Early last year, she addressed sagging business confidence sparked by the government's policy agenda, calling it the "elephant in the room."

While business confidence remains weak, it has improved.

A net 18% of businesses still expect business conditions to worsen during the next six months, although that's significantly better than the net 28% expecting worsening conditions in the previous quarter, according to the New Zealand Institute of Economic Research's latest quarterly survey of business opinion.

"Pleasingly, the elephant has gotten a little bit smaller in the past 12 months. Perhaps it got to know its company and decided it wasn't quite as scary as it first thought," she said.

The united states is doing well/ unemployment down/ new Zealand is in trouble because of the inept ideas of the government.

I think the convention is we all agree our comments are 'Opinion'. There is no basis for your statement but allegiance to the Opposition.