Queen and a couple of princesses among visiting vessels 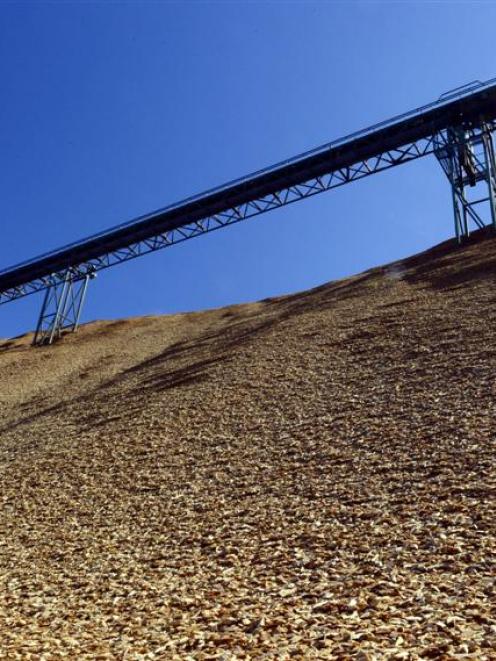 This vessel was laid down on November 30, 1998, and delivered on April 15, 1999, as the second of four sister ships built at Pusan by Hanjin Heavy Industries. The other three are MSC's Diego, Gina and Aniello, the last to enter service in March, 2000.

This vessel called here last June. Along with the more recent visit by its sister ship, it has the largest container capacity of any of the MSC-owned or chartered ships seen here. Each ship has 150 reefer plugs, and can each carry 4056TEU, 1611 below deck.

Like all owned MSC tonnage, they are registered at Panama. Regina is owned by the Giofex Trading Corporation.

They have a maximum speed of 24 knots and are fitted with an eight-cylinder, 38,526hp diesel supplied by the Korea Heavy Industries works at Changwon. Since the company started calling here in March, 2006, an interesting assortment of chartered and owned tonnage has visited Port Chalmers. Several of these older ships have now passed into maritime history.

According to a recent overseas report, MSC topped the shipbreaking league table by scrapping 21 container ships last year, vessels that had an average age of 26 years. The report did not indicate whether they were owned or chartered units. However, in the final quarter of past year, five chartered vessels that had called here during August and September were sold for demolition. One of these was the 2480TEU, 1997-built Merkur Sky, which made a one-off visit on August 22.

The other four were older vessels that started appearing here from July, 2009.

Three owned by the Tsakos group were the 3084TEU sister ships MSC's Brasilia, London and Sardinia, all built by Daewoo in 1986. The other vessel was the 3029TEU Italia, built at Kiel by Howaldtswerke-Deutsche Werft in 1991, and a sister ship to the ill-fated Rena. MSC is acknowledged as being the second largest container ship operator in the world, and is now well-established in the New Zealand trade. But little is heard in this part of the world of their more glamorous division, MSC Cruises.

This fleet currently operates 11 vessels, all built in France at St Nazaire from 2001-12. They range from 59,000gt, 2163-berth vessels, to those that carry nearly 4000 passengers. Another of this larger type, MSC Preziosa, is due for completion in March. A fortnight ago today they withdrew from service the oldest and smallest unit of this arm, the 35,143gt, MSC Melody which has berths for 1076 passengers in 532 cabins.

Another French-built vessel, it was completed in April, 1982, by the CNIM yard at La Seyne. The ship served as the Home Lines' Atlantic until 1988, when it passed to the Premier Cruise Line who operated it as Starship Atlantic until MSC acquired it in 1997.

It then served as Melody before the MSC prefix was added in 2004. On April 25, 2009, while on a repositioning cruise from Durban to Genoa, the ship was subjected to an unsuccessful attack by Somali pirates when in the vicinity of the Seychelles.

The ship is compliant with the 2010 International Convention for the Safety of Life at Sea requirements and is up for sale.

Already there has been talk of a South Korean company showing interest in the vessel with plans to establish a regular service between Shanghai and the island of Jeju. It is not unusual to see two cruise ships from the same fleet in port together.

This was the case when the 77,441gt Dawn Princess and the larger 115,875gt Diamond Princess were here last Saturday. But Saturday was also one of those rare occasions when two identical sister ships from the Maersk fleet met up with each other at Port Chalmers. Oluf Maersk and Olivia Maersk, both 34,202gt and built in 2003, were both here on their third visits.