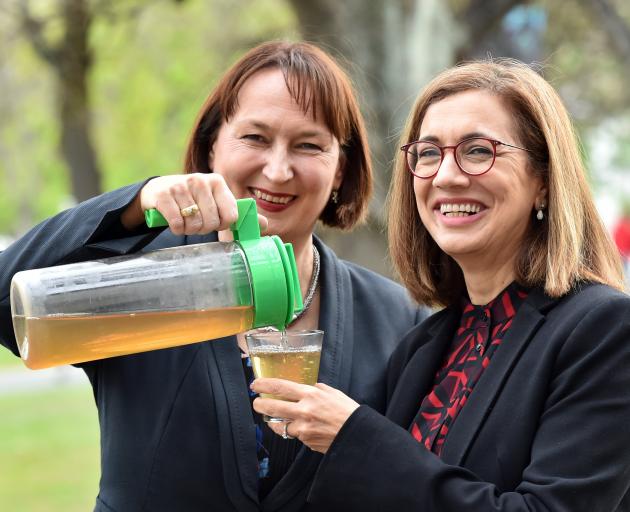 "Traditional medicines have been around for more than 2500 years.

"They are a normal part of primary healthcare in a majority of countries, used by around 80% of the world's population.''

However, she says there is no health policy in New Zealand to formally regulate and integrate naturally grown therapeutic products.

"There is a whole pool of healthcare options that aren't funded, so otherwise highly effective, safe products are relegated to the food shelf.''

She said one of the major pitfalls in New Zealand was the longstanding belief that natural remedies held no scientific credence.

"This impacts on consumer choice of medicines and on equality of health, so it needs to change,'' she said.

Ms Clair, who holds an interdisciplinary master's degree in medical anthropology from the University of Bern in Switzerland, is working with New Zealand medicines safety authority Medsafe and the Ministry of Health to help shift perceptions.

She has also just completed her doctoral thesis at the University of Canterbury, researching health policy challenges in regulating traditional medicines.

"Plant medicines have been professionally used in Western medicine for around 400 years and they have also been an important part of New Zealand's indigenous and diverse immigrant populations for the purpose of preventive healthcare and self-care in common ailments.''

She said that by not addressing legislation for traditional plant medicines, New Zealand was lagging behind the international community.

"A majority of trading partners, including Australia, Canada and the EU successfully regulate these long-established natural therapies as part of their healthcare systems.''

She believes the New Zealand situation is a legacy from colonial laws issued 100 years ago that marginalised traditional Maori medicine and other non-pharmaceutical, non-Western medicines - perpetuated by the current Medicine Act 1981 and its regulations.

She said it was the "presumed lack of evidence'' on the effectiveness of traditional plant medicines also dates back to the 110-year old Quackery Prevention Act, which is still in force.

"The big question is how to link the existing body of traditional medical knowledge and special manufacturing requirements for plant medicines with the newer pharmaceutical regulatory model.

"With regulation, consumers will have better access to these natural medicines, will be able to use plant-based medicine with confidence and ease the strain on our healthcare system.''

Ms Clair's research had focused on medicinal plants St John's Wort and arnica - plants that were in plentiful supply in New Zealand - providing what she believed was ''emphatic empirical evidence'' supporting their pharmaceutical use.

"We live in one of the best growing environments for many of these natural remedies in the world and yet we are largely missing out on the fast-growing global trend for safe, proven natural plant medicines to replace or supplement pharmaceutical medicines.''

She said Central Otago thyme, for example, was qualitatively superior to the European equivalents.

Access to the Otago and Central Otago growing environment was a key contributor to the formation of Artemis in 1998.

"We look for the best quality plants, harvest at the optimal time and develop remedies that work, guided by 2500 years of medicinal plant wisdom verified by modern scientific research.''

Ms Clair's focus on research also informed Artemis' export strategy, involving two years of research and market visits from 2013 to identify which market had the best potential outside New Zealand for the brand and its products.

"What we found was that the Artemis story resonated with the Chinese market,'' she said.

The company's moved into China initially through the e-commerce daigou network, expanding through cross-border e-commerce and more recently through direct control of the digital channels in China.

She said from a "standing start'', Artemis was now sold on major online channels TMall Global, Taobao Global, Kaola Netease and is promoted or sold on Little Red Book, WeChat, and Weibo.

Artemis's success in the Chinese market has not gone unnoticed, and the former fast 50 winner was named as a finalist in the best emerging international business category at this year's Otago Export awards.

"We have developed a core, fundamental understanding of the China market and their children and aged, particularly in regards to respiratory/cough and cold problems due to pollution and other factors and of the target channels.''

Ms Clair said while there were challenges, including the creation of "me-too'' type products, Artemis would continue to focus on its IP and on innovation, making it difficult to emulate at product level.