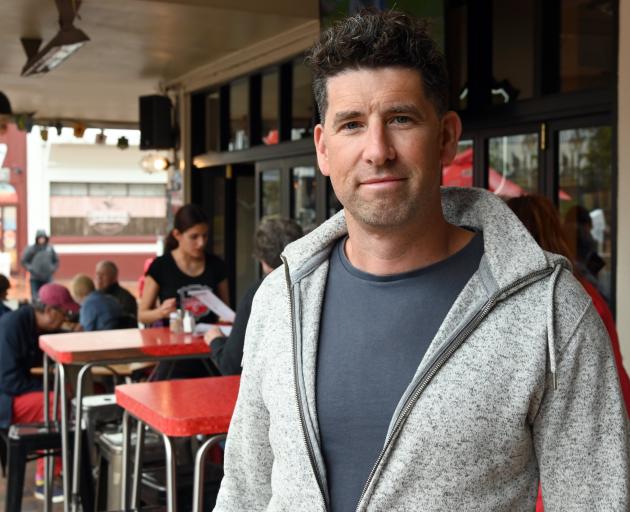 Stuart St Mac’s Brew Bar co-owner Mark Fraser said it was the best night of the year for his venue. PHOTO: CRAIG BAXTER
Another Super Rugby Aotearoa game in Dunedin, another great night for the city’s bars and clubs.

Westpac NZ figures for transaction volumes at bars and clubs on Saturday were 5% higher than the night in June when the Highlanders hosted the Chiefs — the previous biggest night of the year.

“Spending on debit and credit cards at these businesses was also up 192% on the previous Saturday night, which highlights how important major events are in boosting spending at local businesses,” Westpac NZ general manager of consumer banking and wealth Gina Dellabarca said.

Stuart St Mac’s Brew Bar co-owner Mark Fraser said it was the best night of the year for his venue and it was clear others in the Octagon did well too.

"Everyone was chocka ... everybody was busy.

He said the proximity of Dunedin to Christchurch and the local rivalry helped boost visitor numbers.

"Even at the game, I noticed there was a huge amount of Canterbury supporters there.

"It will be interesting to compare that to when the Blues come and play."

While it was pleasing to have such a big night, Mr Fraser said his focus was now on the "in between" period outside of big events.

"Even though it’s winter, you’d still [normally] get a steady flow of winter tourists, which we’ve really noticed isn’t there."

He said they needed to "improve our offering" so that locals start to dine there more often.

Those dollars would also go a long way to making up for the loss of the scheduled All Blacks test against Scotland, the bank said.

"The pandemic has hit the hospitality sector hard, but Kiwi businesses have shown amazing resilience and we encourage consumers to continue to support them where they can,” Ms Dellabarca says.