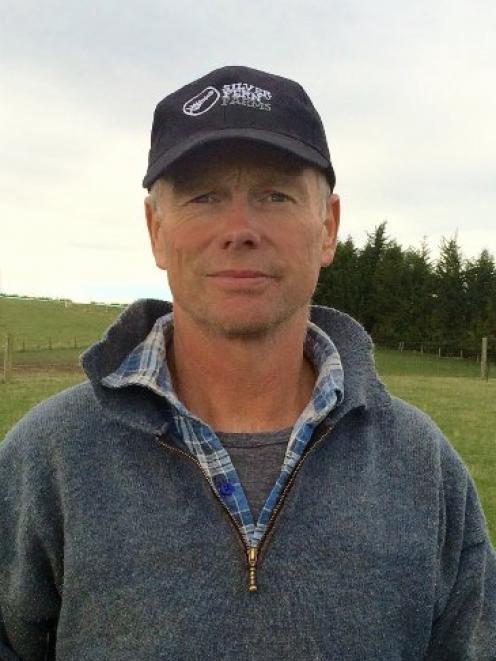 Allan Richardson
Farmers have been urged not to be ''seduced'' by short-term gains as rumours swirl that an announcement by Silver Fern Farms of a 50-50 joint venture with a Chinese company is imminent.

Heriot farmer Allan Richardson, who has led a group of shareholders seeking a meeting to discuss a possible merger with Alliance Group, believed foreign ownership of the co-operative was ''just around the corner''.

Mr Richardson expected Silver Fern Farms could make an announcement to farmers within the next week.

It has been reported Chinese interests could be close to acquiring a 50% stake in the Dunedin-based company.

New Zealand First was expecting confirmation on Mondayit would involve up to half ownership and was urgently drafting a Meat Industry Restructuring Bill in an attempt to ''head this off'', party leader Winston Peters said.

Mr Richardson understood a series of confidential meetings had been held with ''influential'' farmers and it appeared a joint venture with a Chinese company was proposed.

Such a proposal effectively signalled the end of a farmer-controlled red meat sector in New Zealand and it was vital all red meat farmers, not just Silver Fern suppliers, took time to understand the ramifications of the deal, he said.

Silver Fern has repeatedly declined to comment on its capital-raising process, saying information would be given when there was something to announce.

Mr Richardson said there would be some ''sweeteners'' and incentives for farmers to vote in favour of the proposal, but he hoped farmers would not be seduced by short-term gains, which could be wiped in one or two years.

Farmers needed to either vote against the proposal ''or become price takers and lose control'', Mr Richardson said.

Three generations of farmers had funded the co-operative and that could be unravelled with one vote.

It was not just a co-operative issue now, but about the future direction of the New Zealand red meat sector.

The investment came at a time when Silver Fern had ''turned the corner''. It has paid down debt, was in an improved financial situation, and had a global brand ''sitting there ready to be used'', he said.

''There'll be lollies involved and a gift bag under every seat but we need to think of the future of our families and our way of life in farming,'' Mr McDonald said.

There were a lot of questions around what such a deal would mean long-term for the industry and all other processors also needed to be ''extremely wary'' of the news.

He implored farmers to take a long-term view, saying that had not traditionally happened within sheep farming, where they were ''always worried about what next year's lamb price is going to be''.

The likely announcement could not have come at a worse time when farmers were busy with lambing, but they needed to ''stop and have a really good think'' of where it put family farms in the future, he said.