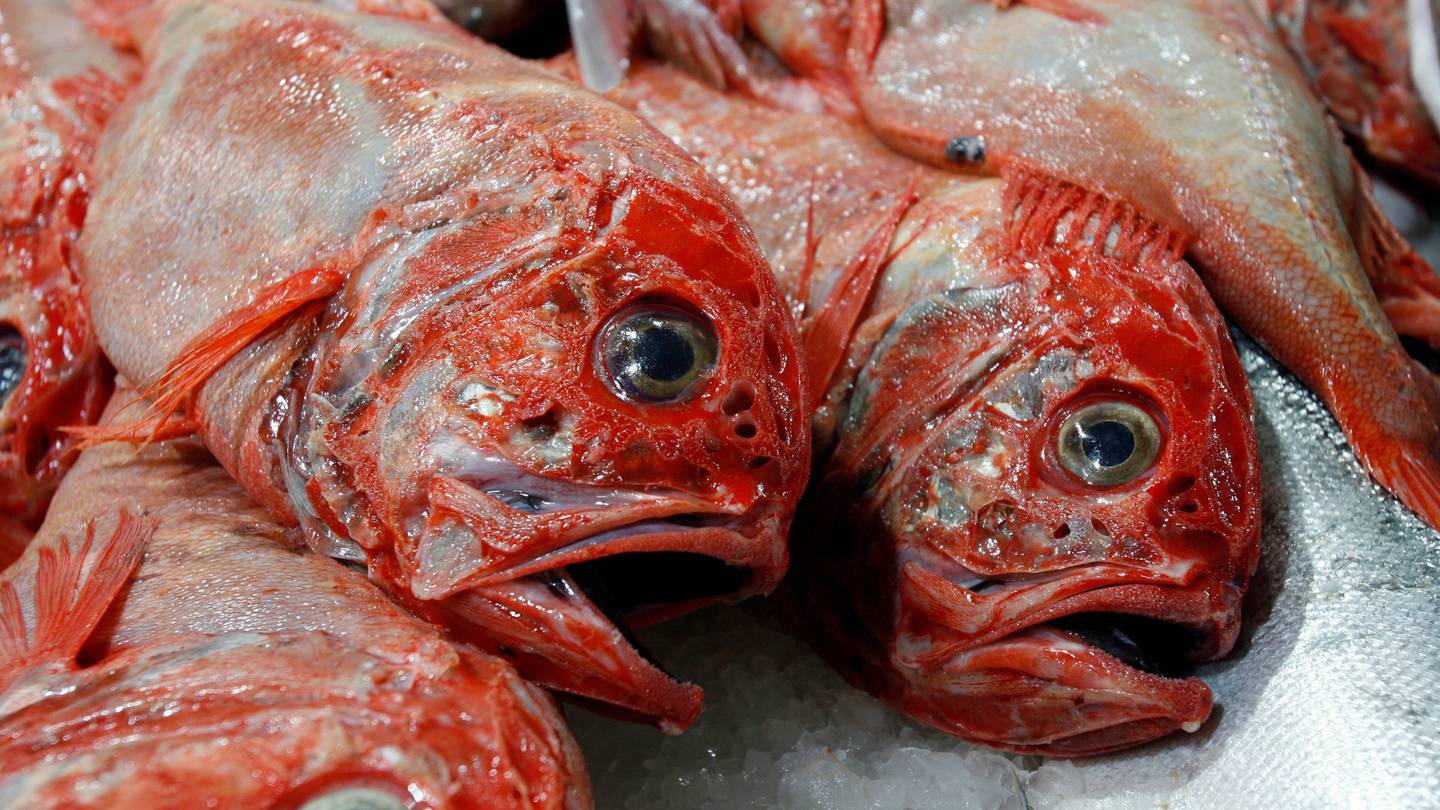 Sanford was targeting orange roughy in the in the Puysegur Benthic Protection Area. Photo: NZ Herald
Commercial fishing company Sanford Limited has been ordered to forfeit a $20 million vessel, and fined $36,000 for bottom trawling in a restricted area.

Sanford was convicted on three representative charges relating to fishing in the Puysegur Benthic Protection Area, west of Stewart Island.

The Ministry for Primary Industries (MPI) found the vessel - the San Waitaki - to have illegally bottom trawled in the Puysegur Benthic Protection Area while targeting orange roughy during fishing trips in 2017 and 2018.

Proceeds from the sale of fish taken in the Puysegur Benthic Protection Area in 2018 - amounting to $150,720 - were also forfeited as well as fishing equipment valued at $5280.

Benthic Protection Areas, which are susceptible to damage by bottom trawling activities, are closed to protect marine biological life.

Sanford's offending in 2018 came to light as a result of MPI's electronic monitoring system, which tracks the location of a commercial fishing fleet in near real time.

MPI is alerted when vessels enter areas that are restricted or prohibited.

While Sanford's vessel chart plotter did not show the Puysegur BPA as a closed area to bottom trawling, the court found that the company did not take all reasonable steps to ensure the Master and First Mate of the San Waitaki were aware of the closed area prior to either fishing trip.

Steve Ham, MPI's national manager fisheries compliance, said as responsible operators it is vital that fishers are aware of the restrictions.

"Mistakes such as this simply should not happen. It's important that companies ensure their people are given adequate training and resources so they know where they can and cannot fish. Benthic Protection Areas and other closed areas must be loaded onto vessel chart plotters.

"We expect 100 percent compliance with the relevant legislation and will take appropriate action where a breach of the legislation is detected."

"We are very sorry about what happened and disappointed in ourselves."

"We have had people ask us, how a vessel using GPS could not know it was in a BPA. At the time, the San Waitaki was using electronic charts that did not outline the small BPA area. It was human error that the charts were not updated as they should have been."

Gargiulo said Sanford have since put systems in place to minimise the risk of this happening again.

The judge noted that "there was no intention by any of the parties to commit an offence" and pointed to Sanford's "excellent record in this area".

Gargiulo said Sanford will work constructively to expeditiously address the matter of forfeiture.

"In the meantime, Sanford will work with MPI to ensure the vessel remains operational until the matter is resolved."

The San Waitaki is a stern type deep-sea trawler, weighing 1900 tons and was built in 1990. The vessel targets orange roughy, smooth oreo dory and black dory. It can also enter the arrow squid and hoki fisheries at short notice.