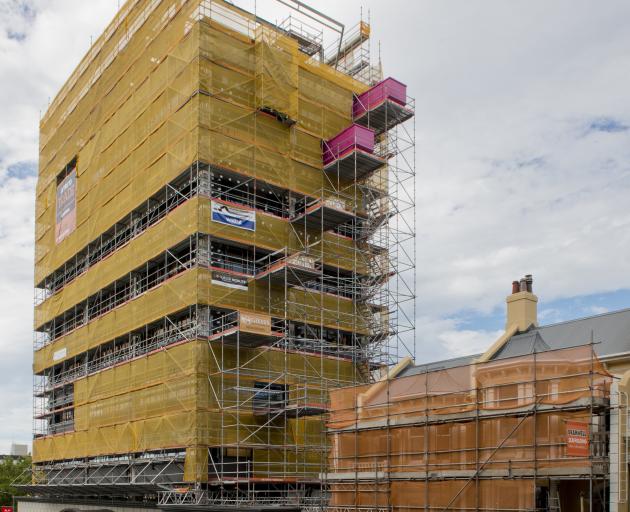 While scaffolding plainly covers large blocks of buildings in Dunedin’s city centre, for some in the sector scaffolding is in short supply, and some smaller jobs are not getting started.

A shortage of the framing that supports trade workers at a job site was starting to become apparent, South Coast Scaffolding owner Shannon Barton said.

The work stoppage over lockdown last year created a backlog of work which then overlapped with new demand, Mr Barton said.

That backlog was not yet cleared, he said.

House painters had traditionally increased demand for scaffolding in the residential market, but this summer due to high property prices people were borrowing and working on their places as well. 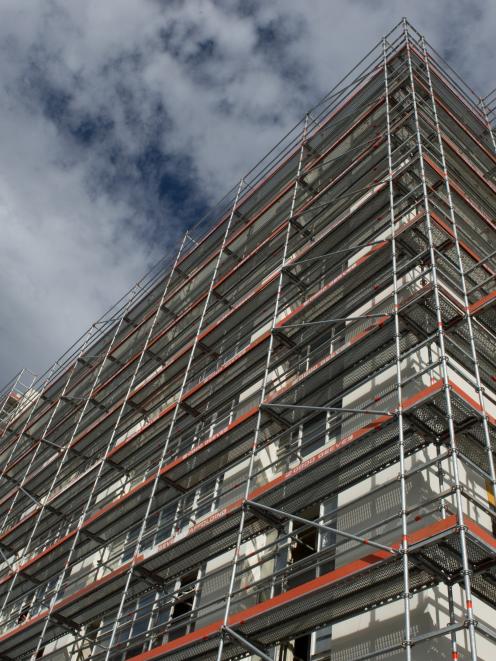 Scaffolding on the former Cadbury factory in Castle St.
And despite the large projects giving the impression scaffolding was everywhere in the city, scaffolding and skilled scaffolders could be hard to find, he said.

While he was hopeful apprenticeships would increase the supply of scaffolders soon, the demand for scaffolding in the residential sector looked to remain strong.

Dunedin resident Ann Barsby had her planned summer home improvements stalled last week as the contractors she used were unable to secure enough scaffolding for the work.

Mrs Barsby was due to have her two-storey wooden house painted and had waited on her painters having enough scaffolding to put up.

Last week, the painters started erecting the scaffolding but due to shipping problems in Auckland they were unable to secure enough scaffolding and were forced to take what they had set up, down.

The painting company she used declined to comment for this story.

Despite the high profile Dunedin projects wrapped in scaffolding at present, the pressure on scaffolding suppliers was not just felt in the city, United Scaffolding Ltd Dunedin area manager Stu Carse said.

There was high demand for scaffolding across the South, including in Christchurch, Timaru, Invercargill and Queenstown, Mr Barsby said.