By Riley Kennedy
0 Comments
"This might be the last lifeline."

Rosann Connolly-George was talking about her second, and possibly last, quarantine-free repatriation flight to Brisbane.

In the past week, the Dunedin travel agent has helped more than 300 people get to Brisbane on two charter flights from Christchurch.

But major transtasman airlines, such as Air New Zealand, Qantas and Jetstar, have cancelled almost all of their services because of the closure of the transtasman bubble, which made it "almost impossible" to travel.

The first flight — operated by Qantas — left last Friday with more than 170 passengers.

After having "literally hundreds" of requests, she organised another flight, which left just after 2pm yesterday.

Mrs Connolly-George feared with Auckland’s borders about to reopen and a growing number of cases, particularly in Nelson, the quarantine-free option may soon be shut off. 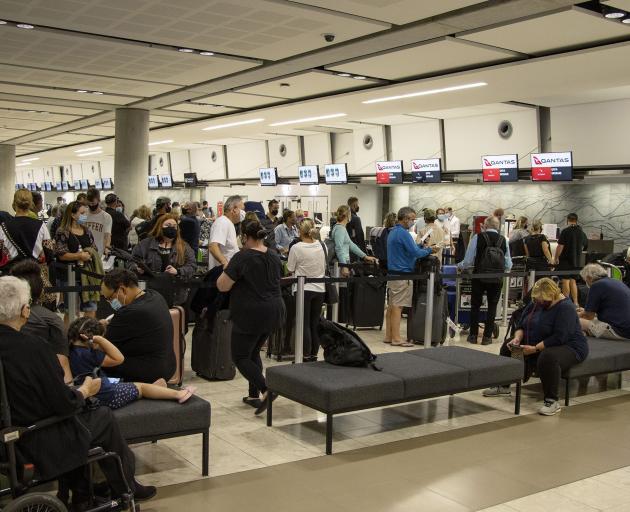 Passengers line up at Christchurch Airport yesterday to check in for Vincent George Travel’s repatriation flight to Brisbane. PHOTOS: GEOFF SLOAN
"This could be it for them which is a real shame," she said

About 130 passengers, who needed a negative PCR test and to be fully vaccinated before travelling, were on yesterday afternoon’s flight.

Some of those desperate to get back to Australia were Caitlin Clarke and her two children.

She was relocating to Brisbane after living in Dunedin for the past two and a-half years.

Ms Clarke and her husband, who was staying back to finish his job, only planned to spend a year in New Zealand.

Speaking before she got on the flight at Christchurch Airport yesterday, Ms Clarke said it was a "very emotional" day.

"I just can’t wait to get over there and see everyone," she said.

Before the pandemic started, Graham Wheatley lived between Brisbane and Dunedin.

In April, he returned to Dunedin for a music event he had organised but was trapped here and had not seen his wife since. 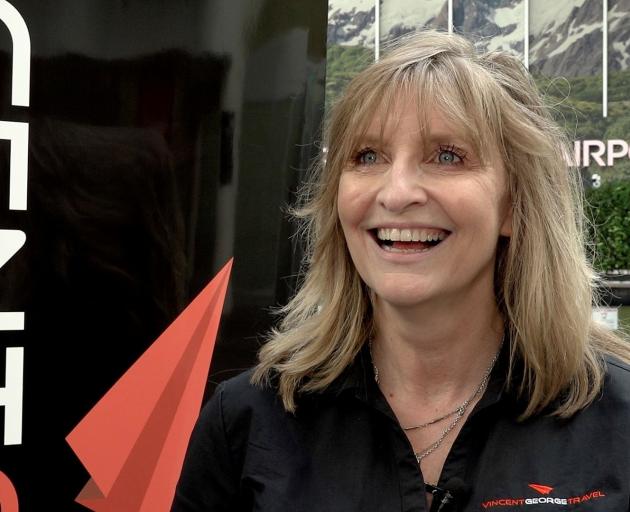 Vincent George Travel director Rosann Connolly-George at Christchurch Airport yesterday.
"I’m really grateful for the flight being put on and I think my wife will be very pleased to see me," he said.

Mr Wheatley planned to return to Dunedin in April, if he could.

Another passenger on yesterday’s flight was Louise Bezuidenhout, who had been "living life in limbo" since deciding to permanently relocate to Brisbane

The Christchurch woman had planned to shift to Australia to be with her family in March and booked her flight for October, which was cancelled.

Ms Bezuidenhout had sold her house and left her job before the bubble closed leaving her "sleeping on friends’ couches" and uncertain on when she could travel to Brisbane.

Before yesterday’s flight, Ms Bezuidenhout’s two young grandchildren did not know she was on her way to live with them.

Once she arrived in Brisbane she planned to attend her 5-year-old grandson’s graduation from kindergarten.

"It is a mix of emotions at the moment but I can’t wait," she said.