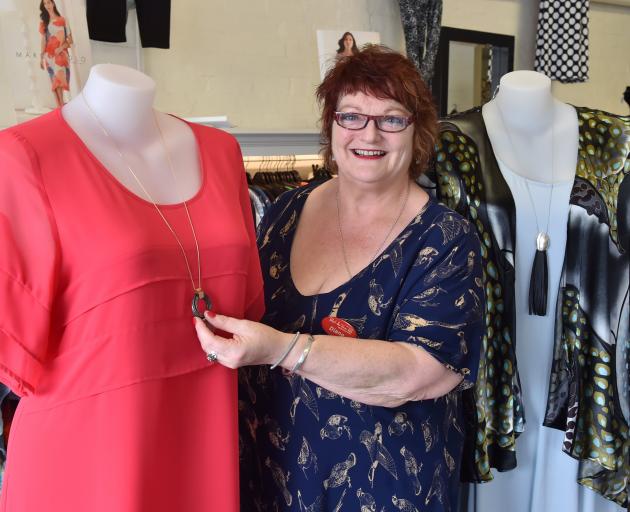 Paint the Town Red owner Diane McKenzie announced the closure of the fashion store in an advertisement in the Gore Ensign yesterday, saying she would close its doors on March 21 after seven years of trading.

The former accountant said sales at the store had been trending down at a rate of about 13% per year for four years and was now trading at a loss, as it lost ground to internet sales and ‘‘pop-up’’ stores.

‘‘The internet won’t provide raffle prizes for your school or sponsor community facilities and events.

‘‘In many cases it is going to be possible to find cheaper goods online, but what you won’t get is that in-store experience — the ability to touch and feel fabrics.’’

She said her Dunedin store had also dropped 10% in sales volumes year on year over the past four years.

‘‘My focus will now be on the Dunedin store and investing in our online presence.’’

She said she would also like to do something for her loyal Gore customers, possibly putting on transport to the Dunedin store.

A Gore District Council spokeswoman said it had been very receptive to ideas to ‘‘revitalise’’ High Street shopping and attract shoppers.

Mr van de Water, who owns a local jewellery business, said he had been operating in the town for 38 years, during which time he had seen a lot of ‘‘ebb and flow’’.

‘‘There are real challenges and Paint the Town had filled an important part of the retail offering, but Gore is in good heart and we have the support of council and the local business community.’’