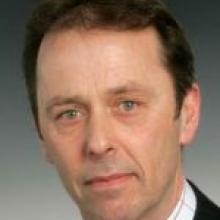 Labour's announcement last month of its intention to create a 12.5% tax credit for additional research and development, paid for by charging the farming sector for agricultural greenhouse gas emissions, outraged the farming community. Under the policy, farmers would be charged for about 10% of their agricultural emissions from July 1, 2013.

Since then, "indignant" letters from the farming sector had swamped newspapers, Mr Parker, who is Labour's associate finance spokesman, said.

Mr Parker claimed there had been an "orchestrated campaign from backers of the National Party and the rural lobby" and that Labour MPs had been receiving "some pretty unreasonable correspondence", including hate mail.

But there had been positive feedback from a range of constituents, including tax accountants who pointed out instances where tax rules were unfair, where they conferred special privileges on the farming sector, and where the sector understated income for tax purposes.

"Labour believes the farming sector should pay its fair share. We are actively seeking as many examples as possible of where that's not happening."

New Zealand needed to broaden its export base beyond farming and, to do that, a research and development tax credit was needed. The farming sector had to pay its fair share to help fund that, Mr Parker said.

Mr Nicolson described his comments as an election ploy to discredit one sector. Politics were obviously alive and well and starting early in election year.

He was disappointed to hear hate mail had been received, saying it was "certainly not" from his organisation. Agriculture was still the "genesis" of the New Zealand economy, even though many people tried to put it down.

Many, including those Mr Parker purported to represent, fed off farming, but were just in denial that they did.

Mr Nicholson said New Zealanders had developed an entitlement mentality. He would be surprised if farmers had tax laws different from other sectors and, unlike other industries, agriculture did not attract subsidies.

As far as the suggestion of farmers using trusts as a tax ploy, there were 400,000 trusts in New Zealand and only 45,000 people full-time farming. It was not just farmers with trusts, he said.