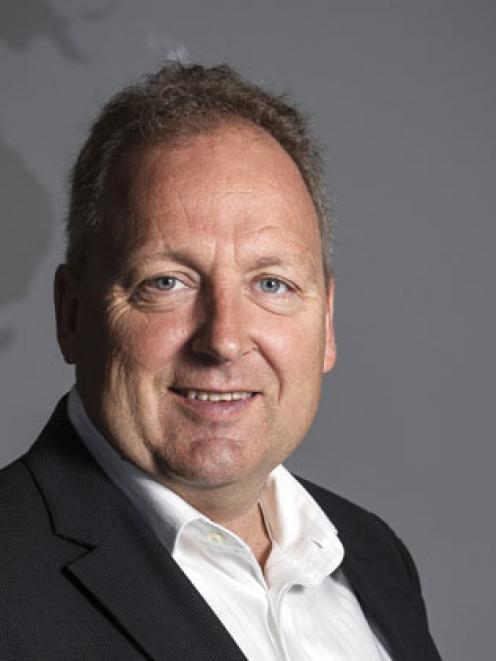 Rod Drury
Rod Drury, one of New Zealand's most successful businessmen, these days relishes speaking in front of crowds of 1500 or so.

It's hard to believe that into his 20s, he stuttered so badly that he struggled to talk even on the phone.

He is so grateful to have learned how to tame his speech -- something he likens to climbing Mt Everest -- that he is passionate about helping others to do the same.

At a breakfast on Friday to raise funds for the charity Start (Stuttering Treatment and Research Trust), Mr Drury will talk about how he overcame his stammer.

The Kiwi tech entrepreneur, who has just celebrated earning U$100 million annualised revenue through his online accounting software firm Xero, is opening up its Auckland offices for this event, which will also mark International Stuttering Awareness Day (officially October 22).

"I have a huge amount of empathy for other people who stutter. I look forward to sharing my experiences with people and telling them how I got through this," he says, adding that he hopes to inspire others to believe "you too can go on to do great things".

Mr Drury says overcoming his speech problems was central to being able to start Xero eight years ago.

He was New Zealand Entrepreneur of the Year for 2013. Last week, Xero won the BRW most innovative company 2014 award in Australia and a Silicon Valley award for its mobile application.

Mr Drury's future is bright, but he will never forget his tough past. He was 8 when he first realised he jumbled his words because of "a delayed auditory feedback loop".

Although he had speech therapy right through his time at Napier Boys High School, he still struggled with talking well into his 20s. He used to fear any situation where he had to talk; even talking on the phone would give a sense of "dread".

What helped him was a smooth-speech course, which he did when aged about 27.

He was taught to "seize any opportunity to speak", and these days he even makes himself ask questions if in an audience "just to practise".

Stuttering was the subject of 2010 movie The King's Speech, in which King George VI (Colin Firth) overcame a speech impediment with the aid of Australian therapist Lionel Logue (Geoffrey Rush).