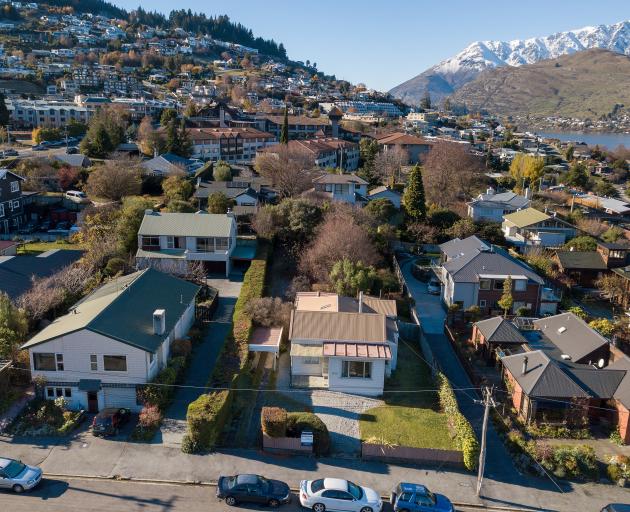 The trend has surged  during the latest Covid-19 lockdown,  travel restrictions  having stopped people from viewing property in person.

New Zealand Sotheby’s International Realty  conducted three of the top five house sales in New Zealand so far this year, one in Closeburn going for $16.1million and two  properties, at Jacks Point and Lakes Hayes, each settling for $14.5million.

The frequency of people buying property online had ‘‘significantly increased’’ over the past six months due to Covid-19.

Buyers had confidence in online tools, such as Zoom or Facetime, to inform  them to a point where they were happy to buy a property without physically inspecting it, Mr Harris said.

‘‘People seem to be getting over their technology fear of using the tools and relying on it far more.’’

There had been a big increase in buyers looking to move out of  cities, such as Auckland or Wellington, to lifestyle properties in the southern lakes area.

There had also been interest from Sydney and the east coast of Australia in the Queenstown market.

‘‘We have always seen a lot of inquiry from those areas,  but Covid-19 has accelerated it,’’ he said.

Listings in the area had been pretty low for the past six months, largely due to the normal winter lull, but now it was spring and homes were starting to be built again, more houses should be  coming on the market, Mr Harris said.

‘‘They aren’t just inquiring about them — they are going the full way and buying them.

‘‘Looking back two years ago or even 18 months, we definitely would not have thought it would be possible,’’ she said.

Demand for housing was ‘‘very high’’ and was always increasing, Mrs Hudson said.

Buying a house in Dunedin online  is also becoming popular. Cutlers Real Estate principal John Cutler said there had been many inquiries online, particularly  from people looking for investment properties.

‘‘People can get a lot more information about what the house is like online than they could before.’’

There was plenty of demand  for houses in Dunedin at the moment but not enough stock to meet it, Mr  Cutler said.