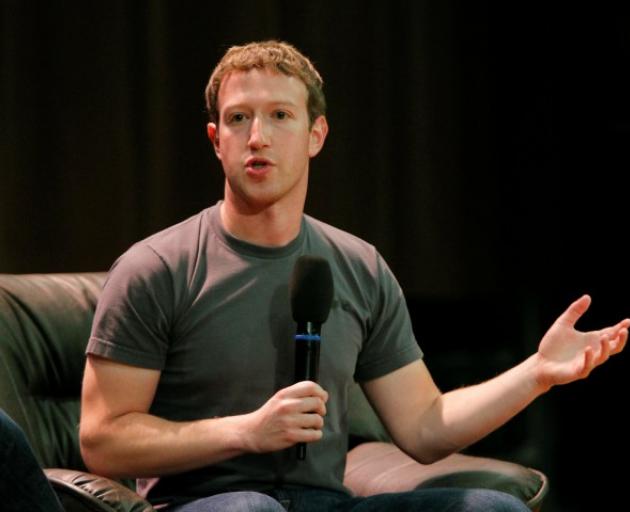 A warning by Zuckerberg that people could spend less time on Facebook in the short term as a result of the changes sent the company's stock for a small tumble. Photo: Reuters

Shares of Facebook Inc fell more than 4% on Friday and were on track for their worst session in more than three months after Chief Executive Mark Zuckerberg announced changes that he said would hit user engagement in the near term.

Zuckerberg said late on Thursday the world's largest social network would adjust its centerpiece News Feed to prioritise what friends and family share, while reducing the amount of non-advertising content from publishers and brands.

A warning by Zuckerberg that people could spend less time on Facebook in the short term as a result of the changes sent the company's stock $US8.29 lower to $US179.47.

If the stock closes at that level, it would be the biggest one-day decline since September and would shrink the company's market value by $US23 billion, which is more than the total market value of rival Snap Inc, the owner of Snapchat.

"There is too much uncertainty relating to the economic impact of Facebook's pending News Feed changes for us to be comfortable retaining a Buy rating on the stock," wrote Stifel analyst Scott Devitt in a research note, cutting his recommendation to "hold" from "buy."

The change announced by Zuckerberg follows criticism that Facebook's algorithms may have prioritised misleading news and misinformation in people's feeds, influencing the 2016 American presidential election as well as political discourse in other countries.

Facebook said its new ranking system would hurt non-advertising content from publishers and brands, like news stories and viral video posts, but not change the ranking of advertising that has been paid for.

That will leave businesses that want publicity on Facebook no choice but to spend more on advertising, and as a result prices will climb, predicted Eric Schiffer, chairman of Reputation Management Consultants, which advises corporate brands on social media.

"They're definitely going to be required to buy an ad," Schiffer said.