Designers at the Swiss National Centre of Competence in Research (NCCR) Digital Fabrication laboratory believe a future generation of the In-situ Fabricator robot could be used widely on building sites.

Matthias Kohler, of ETH Zurich (Swiss Federal Institute of Technology in Zurich), is one of the supervising professors on the research team.

According to Kohler, who is also an architect, it is "the first machine that can actually go on construction sites and build non-standard designs, meaning designs which can vary and adapt to the local conditions directly in the building site."

Professor Jonas Buchli supervises the research. He told Reuters that construction sites are fascinating to roboticists.

"The construction site for us, as a robotics researcher, is an interesting environment because it somewhere in between the completely planned and controlled environment of a factory or a lab floor, and the completely chaotic environment of outdoors, so it's kind of a semi-structured environment where we can test and develop the technology that is required for robots to move around and do useful things in such environments," said Buchli.

The robot is an industrial arm on a mobile base and is designed to be self-contained, without the need for external localisation systems. Its 2D laser range finder, in conjunction with computer algorithms, help build up a 3D map of a site linked to structural plans.

The map allows the robot to know its location at all times and move around a construction site unaided. It can also adapt autonomously to minor design variations.

"We have a series of sensors that we have already mounted and that we will mount on the robot," said Buchli. "There are several sensors mounted on the robot which can measure the distance. We will mount cameras. There is an IMU (inertial measurement unit) - this is a device that can measure the orientation of the robot in space, and with fusing all this information together for the robot to know where it is in space."

There are also two computers on board the robot, Buchli told Reuters.

"One for the arm and one for the overall robot and on these computers we online calculate the required information for the robot to move and know where it is."

Kohler says a robot builder would have multiple benefits, not least in terms of reducing the planning time required before building begins.

"The benefit from an architectural point of view is that you can really design the construction directly, so you can plan for how it is built instead of designing your plan and then that plan afterwards being converted on the construction site. So it actually changes the paradigm of how you design and build quite fundamentally," said Kohler.

Human construction workers might be horrified by the idea of a robot performing the same job better, but Kohler insists there is no need for their alarm.

"I think this will become a game-changer in construction, I believe so. I think that in the next five to ten years we are going to see mobile robots on the construction site, but they're not going to replace humans. They'll actually collaborate with humans, so the best of each kind of skills come together," he said.

NCCR Digital Fabrication is working on a range of radical projects inside its ETH Zurich premises on the Science City campus. One programme involves robotic aggregations of materials with unpredictable geometry, in which random pieces of rubble can be measured by robot and structured to fit together to make a complete standing structure.

Another project garnering interest is Mesh Mould, a digitally-controlled, 3D printed, extrusion process in which robotically fabricated reinforcement meshes can be filled with concrete, eliminating the need for formwork.

A new state-of-the art robotic fabrication laboratory that will allow them to expand is under construction and due to open in September 2016. 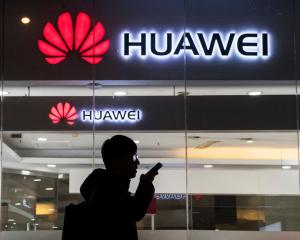