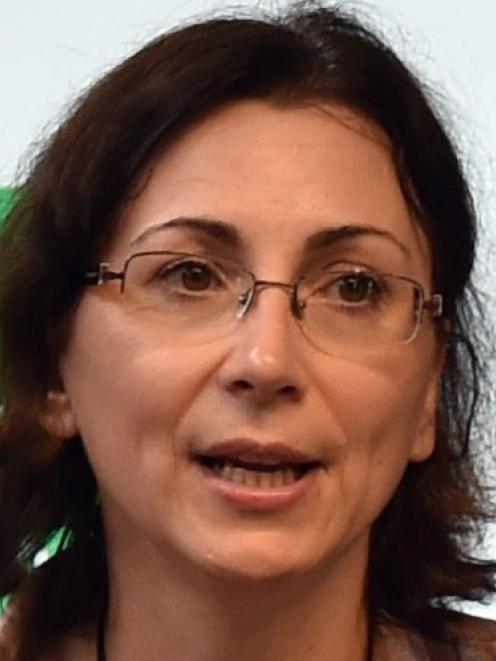 UX (user experience) game director Celia Hodent.
At last count, global online survival game phenomenon Fortnite had captured 250 million players and as many as 8.3 million players were competing at any one time.

In 2018, the game generated revenue of about $2.4 billion for its United States developer, Epic Games.

As the former UX (video game user experience) director for Fortnite, games consultant and author Celia Hodent is well placed to understand the psychology behind the players, the majority of whom are males in the 18-24 age demographic.

Speaking to about 30 students at the Signal ICT Graduate School in Dunedin yesterday, she said a clear UX strategy was critical for independent developers who had few resources, to help them compete with the thousands of games released every year.

In her 2017 book The Gamer’s Brain, How Neuroscience and UX can impact video game design, Ms Hodent suggests that UX accounts for the entire experience players have with a video game.

"Even games that are well received at launch may fail to engage players in the long term due to issues with the user experience they are delivering."

She said UX as a discipline offered guidelines to assist developers in creating the optimal experience they wanted to deliver, including shipping higher quality indie or Triple-A games and meeting business goals, while staying true to the developers’ design vision.

That does not mean games are "designed to be addictive".

She said in some countries such as South Korea and China, video gaming had been recognised as a disorder and treatment programmes, including a curfew on gaming for minors, had been introduced.

"Some people experience problematic gaming that might distress them, though the larger question is whether gaming disorder is a specific type of addiction requiring specific treatment."

She said research had estimated that although only 0.3% to 1% of the population might qualify for a possible diagnosis of "internet disorder", there were more than two billion gamers across the world.

However, she said while it was understandable parents were concerned when their child played video games for long hours, it was also important to distinguish between "passionate engagement" with a game and "pathological gaming".