Vertical housing developments on the rise 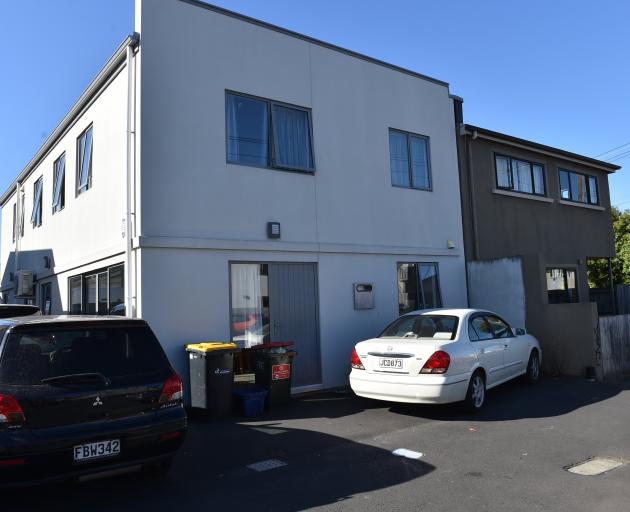 Resource consents issued by the Dunedin City Council show projects are planned in Great King St, London St and Leith St, will bring a total of 77 more habitable rooms to the city.

The building at 1 Great King St, next to Countdown Dunedin Central, is set to be demolished to make way for a new five storey building.

The ground floor is to contain a retail or commercial tenant, while the remaining four floors would be given over to apartments.

Plans included with a land use consent issued for the project show a total of 20 apartments planned for the residential floors, made up of 16 one-bedroom flats and four with two bedrooms.

A four storey block of flats is to be built to the rear of the heritage building in place at 28 London St. PHOTO: GREGOR RICHARDSON
The project has an estimated completion date of mid 2024.

A new apartment block is also planned at 28 London St, to be built behind the building that already inhabits the site.

That building, which was built in 1897, houses a number of commercial tenants at present, but will be converted to three residential units as part of the plan.

The new four-storey building planned for the rear of the site would add a further 13 apartments to the site.

Overall the complex would have six studios, four one bedroom and six two bedroom apartments.

The basement level of the new building would contain space for seven car parks.

A resource consent for the project was issued in late February.

The student quarter can also expect some vertical housing development, with a four storey apartment block planned for 153 and 159 Leith St.

Existing buildings on the sites are to be demolished to make way for the new building, which will contain 12 apartments and three single units comprising a total of 31 habitable rooms.

There was no car parking included in the plans, but cycle parking was planned for the ground floor of the building.

It also was consented in late February.