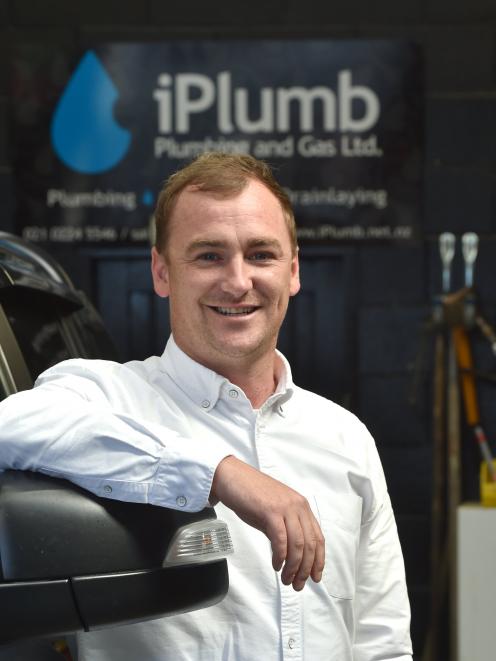 In 2015, the Dunedin man was working for his father, Craig, as a plumber at Impact Roofing and Plumbing Ltd and was itching to start his own venture.

The then 25-year-old went to Warehouse Stationery to buy ink for his printer at home but was talked into buying a new one.

‘‘I thought, ‘Well I’ve got a business printer now so I may as well start my own business’,’’ he said.

That was when he started iPlumb Plumbing and Gas from his garage, and ‘‘it just took off from there’’.

Last week, iPlumb was named the overall winner at the 2021 Kiwi Business Heroes Awards, which were held online.

The awards, organised by marketing company Web Genius, recognise businesses for their perseverance through difficult times, the value they bring to their communities and their contribution to local economies.

IPlumb was nominated for the award after Mr Maley travelled throughout Otago holding workshops, in conjunction with Ministry of Business, Innovation and Employment’s Digital Boost programme, to encourage businesses to invest in digital workspaces such as Microsoft and Xero.

Winning the award at the end of a tough year was very exciting, Mr Maley said.

‘‘It is pretty cool to be recognised on a national level especially after coming out of nothing.’’

Covid-19 and the issues associated with running a business through a pandemic, supply chain issues and the Dunedin City Council’s delayed wait times for building inspections of up to a month were all having a ‘‘massive’’ impact.

‘‘We have pretty much been slapped in the face three times this year,’’ he said.

The business now focused on high-end new build homes, and it employed six people and had a workshop in South Dunedin.

There was ‘‘huge demand’’ for plumbers as more houses continued to be built.

IPlumb had 25 new homes in Dunedin lined up for next year already and was expecting more.

Mr Maley said he had ‘‘big dreams’’ for the future of iPlumb.

Eventually, he wanted to expand the business into a franchising model throughout the country.

‘‘I’m very excited to see where it goes but I’m also nervous and daunted about it at the same time,’’ he said.