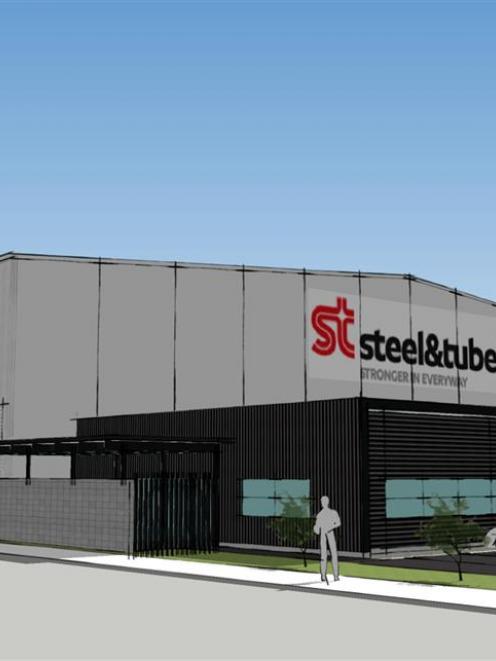 Steel & Tube will relocate to the new 4650sq m building by year-end.

The Chalmers Properties project will be built by Calder Stewart Construction.

Demolition of existing warehouses on the site, formerly occupied by Northern Transport and CRT Seeds, is scheduled to begin this week.

The general manager of Chalmers Properties, David Chafer, said the brownfield development was one of the city's bigger industrial developments in recent history.

‘‘The development, which uses Steel & Tube materials, including steel cladding and structural support throughout, will comprise warehousing, office space and a trade shop,'' he said in a statement.

Steel & Tube was ‘‘very specific'' with its requirements, so the development and subsequent long-term lease suited the needs of both parties, Mr Chafer said.

It is the second design/build/lease development by Chalmers Properties in Dunedin, following the $4 million CHEP development in Sturdee St in December 2014.

Both developments will be retained in Chalmers Properties' $280 million investment portfolio.

The foundations of the new site would be reinforced to cater for the required floor loading and Steel & Tube would be operating multiple gantry cranes within the warehouse.

Steel & Tube's chief executive Dave Taylor said the new premises ‘‘ticked all the boxes'' for size, specifications and location, enabling the company to serve its customers from one operation, while gearing for future expansion of its South Island business.

The Dunedin site is to be fully landscaped and the building will feature full LED lighting throughout, for energy saving.

Mr Chafer is predicting rising interest in Chalmers property in Hamilton and Auckland, and Dunedin.‘‘There are some promising signs for industrial redevelopments in the harbour precinct,'' he said.

He said there had been inquiries from national businesses for new modern industrial premises, both in Dunedin and further afield.

Chalmers' had fielded a ‘‘significant number'' of development inquiries for its 60ha industrial business park ‘Te Rapa Gateway' in Hamilton, and expected to secure a design/build/lease commitment in 2016, he said.