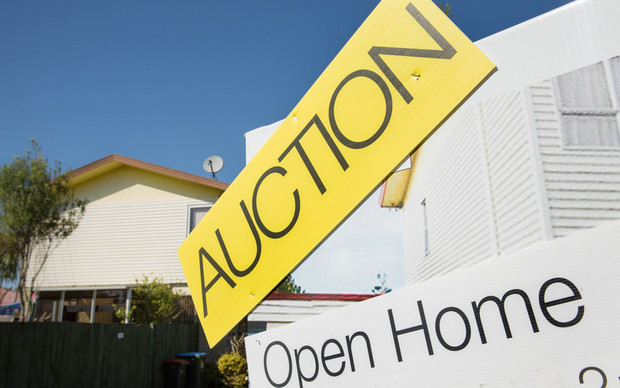 Photo: RNZ
Potential home buyers are being warned they could face their pre-approvals being declined or withdrawn for months to come.

The warnings come as an investigation begins today into whether banks and lenders are abiding by a law change to protect borrowers as intended.

Home loan pre-approvals are an acknowledgement from the bank on how much hopeful buyers can spend.

But as Loan Market mortgage advisor Bruce Patten explains, it's far from a guarantee - particularly for those now with less than a 20% deposit.

"There were a couple of banks prior to Christmas that withdrew some existing pre-approvals; we're hearing stories that some other banks may withdraw their pre-approvals.

"That will be based on how many of their clients that are pre-approved are purchasing at the moment, so if they are close to their cap they are going to have to withdraw their pre-approval if the person hasn't purchased," he said.

Late last year the Reserve Bank changed loan to valuation (LVR) restrictions so that only 10% of bank lending could go to those with low deposits - under 20%.

Patten said things will eventually improve, but it could take a while.

"The Reserve Bank will move back to 15 percent and then 20 percent of their lending, but that may take us another six months before we see another move, or 12 months if the market continues to run really hot."

The next few months will be telling on when those restrictions will start to free up, he said.

Kiwibank said it was encouraging customers to save as much as possible for a deposit.

Westpac has not withdrawn any existing mortgage pre-approvals, but any due to expire will be reassessed and may not be renewed.

Both noted the exemptions to the rules for those who qualify for the Government's First Home Grant and new builds.

But this isn't the only change moving the goal post for first home buyers.

Changes to the Credit Contracts and Consumer Finance Act (CCCFA), intended to protect borrowers from loan sharks, have resulted in banks being overzealous in scrutinising would-be buyers' finances, with reports of people being turned away due to Christmas shopping bills and too many takeaways.

Financial Advice New Zealand chief executive Katrina Shanks said all these changes were creating the perfect storm, and warned it was particularly hard for those already in the process of building a home.

"Part-way through the new build now and under new criteria that pre-approval will be declined or reduced significantly, so for those clients they could be under intense stress going forward," she said.

Banking Ombudsman Nicola Sladden said there had been an increase in complaints about bank delays and failing to act as promised.

Commerce and Consumer Affairs Minister David Clark said the banks appeared to be managing their lending more conservatively, and this was likely due to global economic conditions.

"It may also be that in the initial weeks of implementing the new CCCFA requirements there has been a decision to unduly err on the side of caution.

"It must be said, a number of factors affecting the market have occurred at the same time as the CCCFA changes, including increases to the OCR (Official Cash Rate), LVR changes and an increase in house prices and local government rates," he said.

He has asked the Council of Financial Regulators to bring forward an investigation into whether lenders are implementing the laws as intended.

They'll be convening today, triggering engagement with the banks.

But in the meantime, economist Tony Alexander said there are ways to improve the chances of getting a loan approved.

"So my advice to first home buyers now would be adjust your spending behaviour right now, three months before you actually go to go in with a home loan application."

Clark expected to be briefed by the council in the coming weeks.