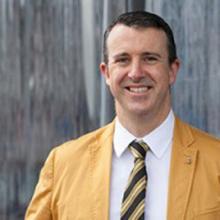 In ASB's latest Commodities Weekly report, Mr Penny said achieving the target would come with costs and a subsequent lift in commodity prices.

Last week, the Government announced it had reached a consensus with farming leaders to implement farm-level pricing of climate change emissions by 2025.

Initially, the costs for farmers (from 2025) associated with emissions pricing would be manageable and small, Mr Penny said.

The Government had estimated the average dairy farm - with a 95% discount on emissions, at the current New Zealand carbon price of $25 a tonne - would incur costs of $0.01 a kg of milk solids.

Meanwhile, average production costs were estimated to rise $0.01 a kg for beef and $0.04 a kg for venison.

However, the costs were likely to rise materially in the long term as both the carbon price and costs of emissions mitigation rose.

The Productivity Commission, for example, suggested in its 2018 report the carbon price would need to increase to $200-$250 a tonne by 2050, if New Zealand was to reach the net zero-carbon target.

Land use was already changing, driven by incentives included in the Government's One Billion Trees programme. The Government has set a goal to plant one billion trees by 2028.

As farmland switched from livestock farming to forestry, the production and supply of New Zealand meat and dairy were likely to, at best, increase slowly or, at worst, fall, Mr Penny said.

With New Zealand being a major exporter of dairy and lamb, prices for those commodities were likely to rise over both the short and long-term horizons.

The impact on beef prices would depend more heavily on whether competing producers incorporated emissions-based pricing, given New Zealand accounted for a smaller share of the global beef export trade.

While the benefits of leading on climate-change policy were substantial, the costs were also real and significant. Leading in one policy area might constrain New Zealand's ability to lead in another, he said.

correct it will put new Zealand back in to the stone age.... progress is needed / not go back to horse and cart ideas . as we are getting from present government

What do you suggest?, we go back to nine years of hands off politics?.