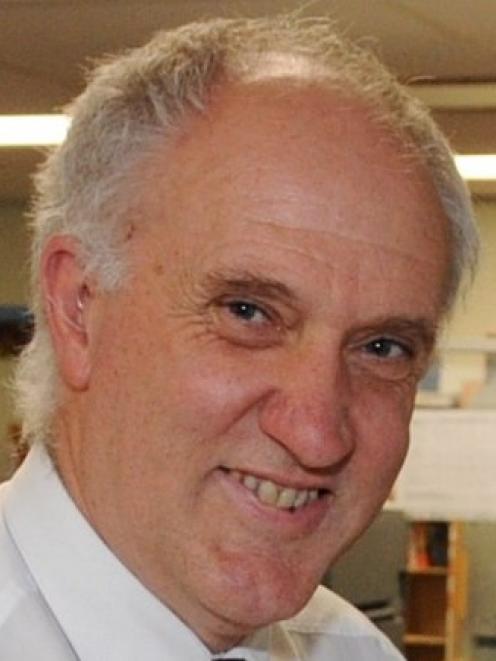 Neil McLeod
Thousands of homes across Dunedin will be affected by new building rules designed to protect against the damaging effects of liquefaction during a major earthquake.

The Dunedin City Council yesterday announced developers would, from November 1, have to meet one of three standards for building foundations in order to obtain consent.

The new rules would apply to new homes, as well as alterations and extensions, in areas of the city deemed to be at medium or high risk of liquefaction or lateral spreading, council building solutions principal adviser Neil McLeod said.

That included the Taieri, where most of the city's new residential homes were being built, and also South Dunedin, Northeast Valley, Brighton and reclaimed land on the city's waterfront, he said.

Existing buildings would not have to make changes, he confirmed.

The new approach meant anyone building on an affected site would have to comply with one of three requirements for building foundations.

The first option was modelled on "the Canterbury approach'', where the government had mandated a requirement for stiffer foundations, deemed to be "technical category (TC2)'' land, following the Canterbury earthquakes, Mr McLeod said.

The standard was already used by building firms in some parts of Dunedin, but the council was now recognising it as an agreed solution, he said.

"What we're saying is, if you choose to use that solution then we will say that's fine.''

The second option would be to provide the results of ground tests as part of any consent application, to confirm the site was suitable for foundations built to existing standard NZS3604.

A third option was to provide an alternative engineering solution specific to the site, which council staff could consider, Mr McLeod said.

He said the changes could add to the cost of building a new home, but doubted property prices would be affected, as warnings about natural hazards had for years been added to land information memorandums (LIMs) in affected areas.

The changes would also bring the Dunedin City Council into line with other building consent authorities, but would not come as a surprise to much of the building industry, he predicted.

Master Builders Otago president Bill Hamilton said his own firm was already compliant with the changes, but designers and smaller or independent builders might be affected.

"To me it doesn't sound like anything majorly has changed.''

Despite that, it would add costs to the building process, "for sure'', he said.

Didn't read the full article. Council have obviously know where the problem is so why don't they stop any new development in those areas. Does this rule now make the council responsible in later years if this fails?