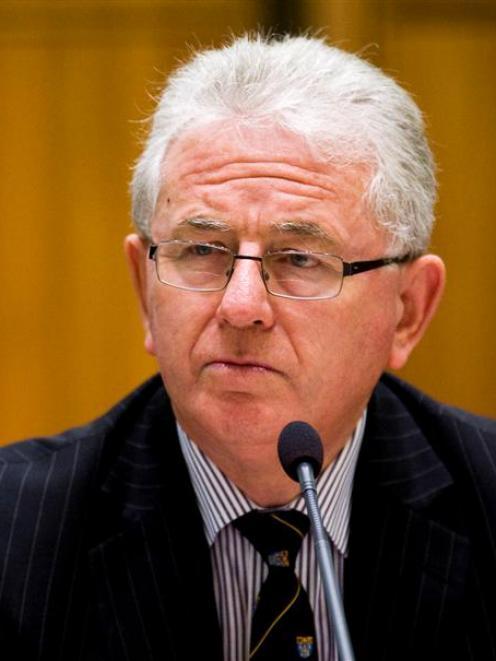 Sir Michael Cullen
The Government seems likely to test public opinion before adopting a recommendation from the tax working group on adopting a form of capital gains tax.

The interim report set out two possible options for extending capital income. One was extending the tax net to include gains on assets not already taxed.

Income tax and GST were two separate tax regimes and the working group did not want a third.

Instead, the group was considering extending the Income Tax Act to cover certain income types, such as gains on shares, land and business assets.

The working group had not provided any detail on how the tax would work, opening it up for the Government to gauge public reaction before proceeding.

"I am calling this a massive political litmus test. The Government will float it to see what reactions are before implementing it."

What made the capital income tax frightening for some was the gains would apply at the personal rate of tax.

If someone made a profit of $1000, the tax would be 33%. But in other countries, a capital gains tax was usually about 15% to recognise the effects of inflation.

"People will create no extra value from inflation but will be taxed on the full amount of the gain instead of the value they had actually added.

"The upshot of all this is that a gain on a super house in Auckland is worth 50% more than the same numerical gain on the building of a business that employs people, pays tax on profits and adds to NZ Inc."

Labour would have to consult its partners New Zealand First and the Greens after Sir Michael's final report came out early next year, Mr Mason said.

He expected a lot of changes to be made before a final decision on a capital income tax was introduced.

Sir Michael said there would be advantages and disadvantages to extending the taxation of capital income.

Extending it would improve the fairness and integrity of the tax system.

It would improve the sustainability of the revenue base and level the playing field between different types of investments.

However, the options for extending capital income taxation could be complex, resulting in higher compliance costs.

It was worth noting any extension of capital income tax would not have a retrospective element.

Sir Michael said in his report the group had brought a broad idea of wellbeing and living standards to its work - including a consideration of Te Ao Maori concepts and perspectives on the tax system.

"We see clear opportunities to improve the balance of the system by introducing environmental taxes while measures to increase tax compliance would increase the fairness of the tax system."

The group saw scope for the tax system to sustain and enhance New Zealand's natural capital, he said.

Short-term opportunities included expanding the Waste Disposal Levy, strengthening the Emissions Trading Scheme and advancing the use of congestion charging.

The tax system was not the primary cause of unaffordable housing in New Zealand but it was likely to have exacerbated the house price cycle, Sir Michael said.

Including consideration of the housing market effects of the options for extending capital income taxation would be considered by the group.

There would be no GST reduction or new GST exceptions. Instead, the group believed other measures, such as transfers, would be more effective in supporting those on low incomes.

No reduction in the company tax rate was likely nor did the group favour the introduction of a progressive company tax.

The group was still forming its views on the best ways to reduce compliance costs and improve productivity, he said.

What does anyone expect from this labour communist government. Tax is already paid when money earned now will be taxed again when it increases in value and no doubt when gifted or inherited
Nett result will be more retirees needing benefits. But then that's how communism works. Make people dependent and they have to keep voting you back in

Capital is what grows economies.
It comes first from tax paid savings and then investments which requires a lot of unpaid work and risk taking.
It is what supports people in their older years and gets the next generation started.
NZ needs capital investment to build new and revitalise industries.
It's what creates jobs.
The correct response to the 'unfair' capital appriciation is having more people involved in saving and growing the wealth of the country.
Labour / Greens envy biased view will simply lead to more investment by Chineese State Owned Enterprises owning more of our country.