A leaked internal email has revealed Dunedin City Council-owned Delta this year stopped prioritising work on its most dangerous power poles in favour of other work. 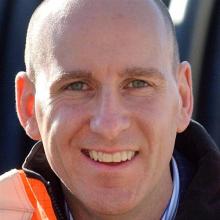 This comes as  city councillor David Benson-Pope has called for heads to roll at Delta if the serious accusations made against it and fellow council-owned company Aurora this week are proven.

Delta and Aurora Energy chief executive Grady Cameron declined requests for an interview yesterday, but in a press release said Aurora Energy was urgently reviewing its maintenance programmes to identify if there were any outstanding safety risks not being addressed.

In the leaked email, which was sent internally last week, Delta project manager Nigel Saunders called for urgent action to address a change in policy which meant "compromised poles" no longer had to be treated as "requiring support immediately".

The change meant staff had not attended any "compromised poles" in Central Otago since July as that work had gone to the "bottom of the list" in favour of previously scheduled work.

Pole inspectors were also no longer telling maintenance staff when they found a compromised pole for action, as was the practice last year. 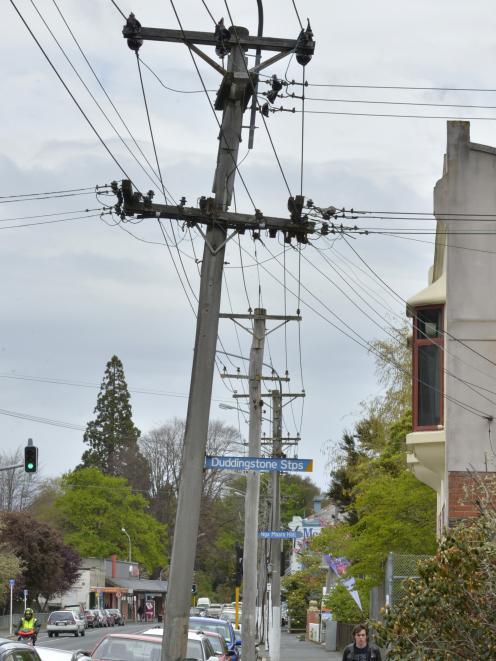 There are about 54,000 poles in the Aurora network, supplying electricity to 86,400 homes, farms and businesses in Dunedin and Central Otago. Photo: Gerard O'Brien

Mr Saunders said the change had been stated at numerous meetings, but staff had never been given written instruction of the change.

"My only concern is that both I and the line supervisors are currently acting on a verbal instruction only which no-one seems to be willing to back up in writing, and if something goes wrong we all know what happens next.

"I am happy to be accountable for my actions; please can somebody else be."

Mr Saunders also raised concerns about the way Delta supported compromised poles, which he said involved a waratah and No8 wire and was at best a "Band-Aid" solution.

The source of the leak, who wished to remain anonymous, said the change in policy came about because management were frustrated the planned programme of pole replacement was continually pushed back as workers prioritised poles which inspectors had found were dangerously compromised.

A Delta spokesman denied the claims made in the email, saying it prioritised pole replacement across Central Otago and Dunedin according to risk.

"There has been no change to that principle."

Following the email request, Delta asset management and field staff, including Mr Saunders, met on Wednesday to clarify the procedures and received feedback which  was now being incorporating into revised documentation.

The source of the leak also questioned Aurora’s claim this week of being committed to maintaining the network.

"That doesn’t mesh well with the companies’ stand that they are moving fast and doing everything they can to fix this problem."

The latest claims follow Richard Healey bringing the issue to the media after last week quitting his job at Delta, which manages the Aurora electricity network in Dunedin and Central Otago, over concerns about the state of the "neglected and decaying" network.

Cr Benson-Pope said if Mr Healey’s claims proved to be true "even in part", then it was time for "quite a substantial clean-out" of Delta’s management and directors.

There could also be some "pretty hard questions" for Dunedin City Holdings Ltd (DCHL), which has oversight of council-owned companies including Delta and Aurora, Cr Benson-Pope said.

It  raised the question of whether Delta’s investment in failed subdivisions came at the cost of investment in core infrastructure.

The council had previously been briefed on a backlog of maintenance work, but there had been no indication of anything "approaching the scale that may well now be the case".

Cr Lee Vandervis said the "rampant" maintenance deferral was yet another example of the "top-heavy and self-serving bureaucracy" at Delta and the only solution was for the council to sell off the company.

In the press release, Mr Cameron gave details about the urgent review being carried out in the wake of safety concerns raised this week.

"Specifically, we are rechecking that all poles needing replacement are appropriately tagged, working with the Energy Safety Service on compliance, and reviewing the rate and priorities of the existing pole repair and maintenance programme," Mr Cameron said.

Aurora Energy  this month started rechecking 2170 poles earmarked for replacement to confirm they  all  had the correct safety tag in place as a  reminder for line workers not to climb.

"We are halfway through that process and will have completed remaining re-inspections in the next two weeks."

By December, it would have completed most of its $4million pole maintenance and replacement programme.

The board had asked for an immediate review of the timing and prioritisation of pole replacement.

A spokesman said it would  say more soon on the timing, prioritisation and resources of  its replacement programme.

Mr Cameron did not respond to Cr Benson-Pope’s insistence there should be  a cleanout of Delta and Aurora executives and directors if the claims against it proved to be true.

He also did not respond to a question about whether he should resign or whether investment in infrastructure had suffered because of Delta’s failed investments, including  at least $13 million in bad debt it accrued over the Yaldhurst subdivision in Christchurch.

DCHL chairman Graham Crombie did not respond to a request for comment yesterday.

This reminds me of a picture shown to me by a friend. He struck a wooden power pole on a very narrow street in the town belt area a couple of months ago. He hit it with only the wing mirror. A flimsy attachment which broke the rotten power pole off near its base and left his wing mirror without a scratch. Sitting in the pub we did not believe his story until he showed us all the pictures of it. Stunning.

Get this problem fixed. We pay steep prices for power and it's delivery. If we lose power because of company greed and negligence there will be hell to pay.

Had two poles outside my house they knew were rotten in the 1980's, they were replaced just before Christmas last year.