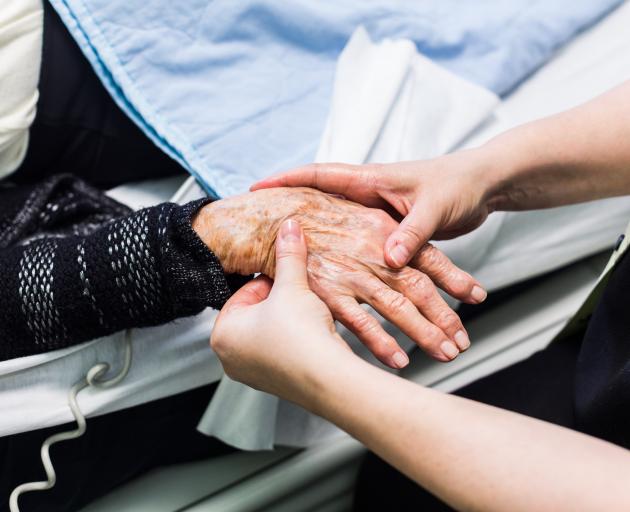 Euthanasia is back on the table, presented as a humane way to help people die. It purports to be about the freedom of the individual to control their own passing. But with this freedom comes a raft of issues and unintended consequences.

In fact, the debate is more about pain than it is about death. Most of us don't like the thought of a painful death, especially if it is prolonged, so euthanasia has some natural attraction. The trouble is, if we look at what has happened overseas where liberalisation has taken place, euthanasia has become a tool not so much to relieve the pain of those near death, but to relieve the pain of friends and family who face the inconvenience of a loved one who has become a burden to them.

Thus we find in Belgium now, doctors reliably reporting that the focus of requests to euthanise have swung from the very ill, to the old and infirm and even to the young and troubled who simply report they don't want to live. This is what happens when we choose easy solutions for difficult questions. This final solution becomes the "concentration camp" approach to the modern struggle with pain.

Pain speaks the word no-one wants to hear - that life is a risky and troubled affair subject to the vagaries of the universe. In fact, we are not in total control, but we will do just about anything to prolong the illusion that we are.

Euthanasia affords us another chance to live under this delusion, for it enables us to deal with all sorts of pain in a simple yet unthinkable way. It is the same kind of solution chosen by the alcoholic and drug addict - kill the pain. To drown one's sorrows in this way is to choose not to think about them: certainly not to feel them. This, for some, is essentially what euthanasia promises in regard to the problem of pain.

Pain, however, is not the enemy we make it out to be. No-one wants pain, but without it we would lose a key element of what produces character. Pain educates in a way nothing else can. We see this, oddly enough, when we cannot feel it. To illustrate: The leper whose limbs are diseased goes on to lose them, not because of the immediate effect of the leprosy, but because they lose the ability to discern when they are injuring themselves. Similarly, the falls suffered by a child learning to walk convinces them very quickly of the need to stay upright. In the same way, the pain experienced by the athlete in training teaches them to endure and to be strong. Without pain we simply do not stay safe or grow.

Despite this, the control of pain has become a major concern for medical science and, indeed, for society in general. The whole field of pain relief has advanced rapidly over the past 50 years, and this is a good thing. We can now cope better with the pain of those who suffer or are in the last stages of dying from disease or accident. What we cannot deal with is the pain of relating to people who can no longer live full lives, because of disease or injury, though their death is not imminent or easily predictable.

No doubt some feel their lives so lack meaning that they want to end it. However, we trivialise life if we take this and make a principle out of it, to the extent of believing that anyone who cannot contribute as they once did, or would like to do, is worthy of death.

Two incorrect assumptions flow from such a move: Firstly, we declare to all whose lives don't live up to our standard of worthiness that they are an inconvenience; that their life, such as it is, is not worth living. If we live by such a standard, we should also die by it. No-one will be exempt. An older person who is perfectly happy with their increasingly limited life will constantly have to live with the thought that because they cannot contribute as they once did, they should choose death so as not to inconvenience those who must care for them.

Secondly, we will have no response to the rising tide of suicide among young people. They will justifiably choose suicide whenever they feel their life has no value or is not living up to their own expectations, or to the expectations of others. Logically, we will have no answer, as we have set the course by our conclusions about euthanasia.

Once, we went to war against a political movement whose leader chose mass euthanasia in order to solve the problem of a race of people who were, in his opinion, not worthy of life. How is it we can "even consider" choosing the same solution today?

This is done now/ They just want it recorded /

The elderly should be under no pressure to Exit, or not go into care for fear the cost will reduce inheritance money. Only family can give them such assurance.