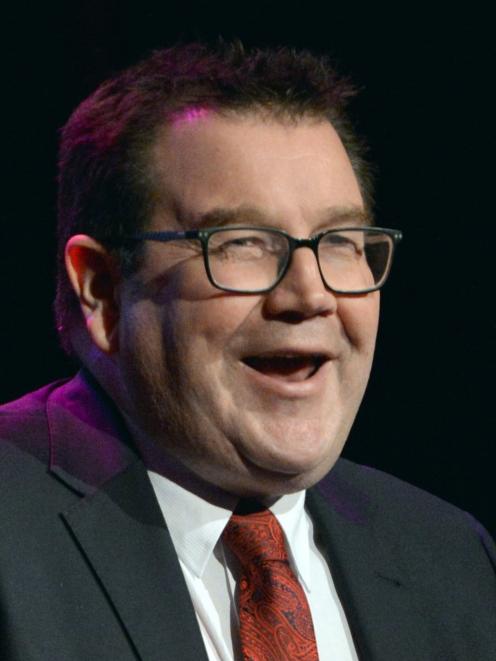 On Thursday Grant Robertson will get in the ring for his latest wrestling bout with Steven Joyce's $11.7billion hole. And he will polish up his "wellbeing'' a bit more.

The wrestling will be in the half-yearly economic and fiscal update (HYEFU). The polishing will be in his Budget Policy Statement (BPS).

Independent economists could not find it. Labour ministers say they have since found it - in Joyce's under-resourcing of the likes of hospitals and schools, conservation, justice and social housing.

That is a legacy of Sir Bill English's "more with less'' demands of government agencies (ministries, departments and Crown entities) even while celebrating high immigration which piled more pressure on housing and services.

But wait, there's more - or, rather, less. In the current round of allocations for the 2019 budget, agency chiefs have been telling ministers (and me) of cutoffs in what was thought to be "baseline'' funding - that is, ongoing funding, maintained year-to-year.

This includes programmes that did have a cut-off date and so funding only up to that date but which have not been completed and/or have become embedded in agencies' workload and staffing and so in effect, core activities.

The Cabinet thinks some of these are "critical'', Robertson says, instancing work on sexual and domestic violence, a priority for both major parties, funded for only two years.

In addition, the coalition Cabinet has made heavy demands on agencies for new or reshaped policies. Over the past year chief executives have told ministers (and me) they don't have the "capability'' in staff numbers and quality to meet those demands.

Result: ministers have been asked to look for programmes they could drop, so the "critical'' ones can be funded. Ironically, that echoes Sir Bill's demands in his early years as finance minister.

And all this has to be fitted round Shane Jones' 1970s-type bountiful beneficence to the provinces. Is there looming a few years from now a rerun of the collapse of Matai Industries, a 1972-75 Labour government regional development initiative?

Then there is Robertson's need for a cushion against a possible convulsion in the disturbed global economy, which serious northern hemisphere commentators increasingly worry about. While our economy is still fairly strong - attested to by none other than Simon Bridges (whose leadership test will come in the barbecue season next month) - Robertson's cushion may suddenly be needed.

So the Cabinet has felt bound to resist strikes by teachers, nurses, midwives and others, for whom "more with less'' turned into work overload on constrained pay.

That's the fiscal side of Thursday. The BPS will aim to flesh out a bit more Robertson's drive to gear future budgets to "wellbeing'', not just fiscal and economic management.

Last Tuesday, the Treasury unveiled an interactive "dashboard'', a first-blush scorecard of how we are doing on 12 measures covering, in addition to how materially well off we are, our societal, civic, educational and personal welfare and the state of the natural environment and resources.

The aim is to widen the policy yardstick far beyond the decades-long primacy given to GDP, the production of goods and services.

Robertson's top priorities - mental health, with a youth focus, child welfare, Maori and Pasifika and the transformation to what are expected to be very different economic and work arrangements in the 2020s - cannot be fitted into the current hierarchical "silos'' commanded by chief executives.

So ministers and agency chiefs are now supposed to take collective responsibility for work on each priority, not just leave it to a lead minister and agency.

Robertson talks of funding outcome-oriented action through a single allocation. The consultation document for revised public service legislation suggests four mechanisms for agency chiefs to work together, including "boards'' of chiefs.

Reports vary on how well ministers and agency chiefs are actually operating collectively. Politics is a tournament of rivalry. The 1988 reform embedded agency chiefs' authority in their fiefdoms.

So Thursday's BPS will be "work in progress'', with up to a decade of refinement ahead to make "wellbeing'' convincingly credible, then translatable into effective action.

Moreover, the Government's actions on the ground so far depict it as one more of alleviation than the aspiration ``wellbeing'' implies. Robertson aside, the word doesn't yet pepper most ministers' speeches and statements.

Only when they talk up "wellbeing'' ad nauseam might voters start to think it is more than a word in the clouds.

Meantime, there is Joyce's hole. - ColinJames@synapsis.co.nz

The next leader with luck is this man/