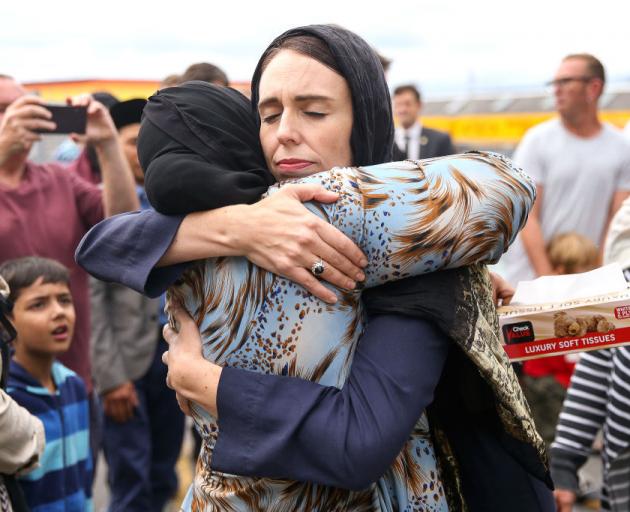 There could have been no more powerful a symbolic response to the terror inflicted on people killed as they prayed in mosques than images of the Prime Minister in a head scarf, her face dragged with grief as she stood before people from the Islamic community in Christchurch.

Prime Minister Jacinda Ardern was confronting an absolutely sickening situation for any country's leader to have to deal with - a fresh hell, utterly different to the Christchurch earthquake because it was the result of hate, rather than nature, and the ramifications world-wide.

It was while watching coverage on the international television networks that it truly sunk in.

There was the BBC and CNN running 24-hour coverage of the attack on those two mosques in Christchurch, just as they had many times before for other terrorist attacks overseas.

This time the startling words "New Zealand" were attached.

Dear quaint New Zealand where police don't usually carry firearms, which is not quite paradise for everybody but certainly a lot closer to it than many other countries.

There was no bigger test than this and it is hard to think how anybody could have stepped up to it better than Ardern has.

The first job was reassurance for the Islamic community and New Zealand as a whole. Her second was to try to disassociate New Zealand from the motives for it in the eyes of the international community.

Here she was helped by Islamic leaders, who stood to calm things with her.

Ardern acknowledged the enormity of what had happened. She also did New Zealanders the favour of giving them facts, providing as much detail as she could about what had happened, the numbers killed and injured, what was being done, the man who now stands charged, and the apparent motives. She set out that the alleged terrorist was an Australian who had visited sporadically.

She set out what the increase in the threat level meant to ensure it did not provoke wider panic when people saw armed police in places they were not used to.

Facts help offer certainty and Ardern set them out in a matter of fact way.

It is to her immense credit that Ardern also confronted obvious and glaring questions immediately, rather than say things would have to wait for wider investigations to take their course.

These included questions of how such a person had evaded the authorities' attention, despite securing a gun licence and openly sharing his views on social media.

Ardern has tried to assure people that security agencies had not taken their eye off right-wing extremists in dealing with other forms of radicalism, such as those subscribing to Islamic State.

However, agencies were now checking whether anything on social media should have triggered an alert. She promised gun law reform. No ifs, maybes or buts. It would happen.

The who, what, when, where and how were hard enough. The why was a whole lot harder to comprehend.

So just as importantly as facts, Ardern gave people words. It was Ardern's words many used to voice their own sadness: "They are us," "this is not New Zealand" and "this is your home, you should have been safe here" were used on cards outside mosques and on social media.

The solace was followed by the steel. She addressed the attacker directly: "You may have chosen us, but we utterly reject and condemn you."

There was steel too when asked about US President Donald Trump. Asked if she agreed with his view that right-wing extremism was not growing, and was simply a few individuals she delivered a sharp "no".

Again after her conversation with Trump, she said he asked how the US could help. Her reply was pointed: "Sympathy and love for all Muslim communities."

Blame was being cast about domestically too, and part of Ardern's job was to stop that seeding. So when Ardern headed to Christchurch she took with her the leaders of all political parties, one force.

There were also things she could not spell out. Chief among these was the possibility of a retaliatory attack - a very real concern but one which could not be voiced.

What New Zealand didn't need was for even more suspicion and fear. So the police and Ardern issued a general warning to report anything suspicious.

Major public events from Polyfest to the Wellington Pride march and sporting events were cancelled, not only because they were potential targets for an attack but because police were focusing resources on Christchurch and could not adequately guard them.

New Zealand has drawn into itself for comfort, but Ardern is also dealing with an international audience, and leaders of both Western and Muslim countries.

Ardern set about distancing New Zealand from the terrorist and the views that drove him.

She emphasised New Zealand was not a safe haven for extremists and was chosen precisely because its values of tolerance and diversity were the very opposite of the terrorist's.

New Zealand was not a soft target, necessarily, but it was certainly an unsuspecting target.

Ardern has already set out what her job will be over the next weeks, months and years. It is making sure something like this never happens again.

New Zealand has already made changes to its security in response to attacks overseas. It has stricter gun laws than many other countries, had boosted aviation and border security, and overhauled its intelligence agencies and anti-terrorism powers in a bid to make sure no such attack happened on New Zealand's shores.

Many thought at the time these changes were being made that New Zealand need not have bothered, that it was safe. Ardern will also have to help New Zealand adjust to knowing that is no longer the case, and possibly never was.

By Friday night the supermarkets in the Wellington suburb of Kilbirnie had sold out of flowers. They were all up the road, piled against the stairs and fence at the Islamic Centre where the rarely closed gate was shut.

There were bright chalk drawings of hearts and messages on the footpath and road outside, children adding to the rainbow. Beside all of this stood two policemen with guns. 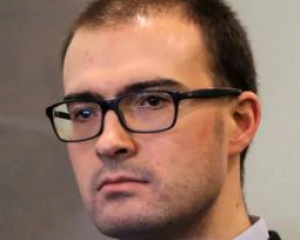 She has handled things well but too soon to be turning this tragedy into the glorification of Jacinda.

You're a bit parochial. The PM is appreciated by the World following this tragedy.