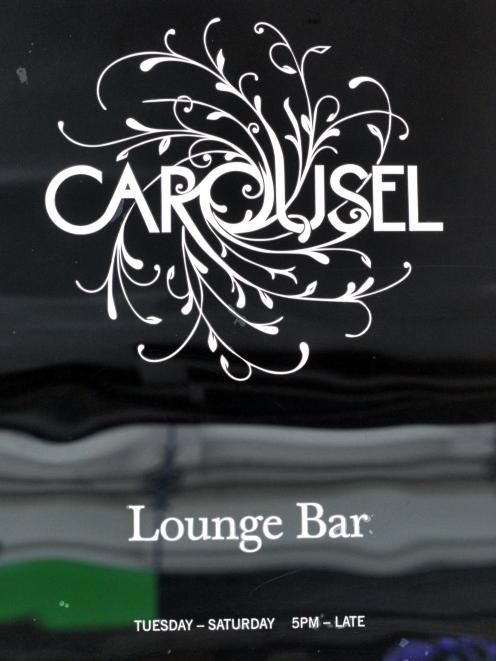 File pic
A Dunedin nightclub is facing a three day closure because of repeated breaches of its alcohol licence including one where police say a man was so drunk he wet himself.

Police have applied to the Alcohol Regulatory and Licensing Authority (Arla) to have Carousel Bar's on-licence suspended.

The matter was heard by Arla chairman Judge Kevin Kelly and member Judith Moorehead in the Dunedin District Court today.

Dunedin alcohol harm prevention officer Sergeant Ian Paulin said repeated breaches of the Sale of Alcohol Act on the premises, particularly in relation to overcrowding, are grounds for the temporary suspensions.

He has asked for a 72 hours suspension of the nightclub's on-licence and a 28 day suspension of Mr Deveruex's and Ms Cooper's certificates.

One overcrowding breach relates to the night of the Pink concert at Forsyth Barr Stadium in September and another to last year's tradies day, traditionally the last work day of the year for tradesmen.

During an inspection of the premises on December 21 (tradies day) police said not only was the nightclub over capacity but one patron was found to be extremely intoxicated.

One of the police officers part of the inspection said when she found the man he was sleeping on an outdoor table.

Once she was able to talk to the man outside the bar, she noticed a wet patch on his pants which she said showed the man urinated himself.

Another officer also saw the man holding a drink.

Mr Devereux and Ms Cooper argued there was no evidence the man wet himself and holding a glass did not prove it was alcoholic or that he had bought it.

The building was over capacity because the door-man had left the entrance to assist other security during a nearby fight meaning more people were able to enter the nightclub, Ms Cooper said.

On both occasions when notified there were too many people inside, the duty manager instigated a one-way door policy to reduce the number, Mr Deveruex said.

Sgt Paulin said there had been numerous occasions where Mr Deveruex and his staff had not made good decisions and in terms of public safety the number of times the premises had been found over capacity was "staggering''.

A decision on the suspensions will likely be made within two weeks.

On a Carousel. Fella fell down the stairs and died.

Wondering why it is so important to purvey as much product as possible at once.

How sad not! The owner and duty manager obviously breached the Sale of Liquor Act.
They're not worried about public safety, only about making money.