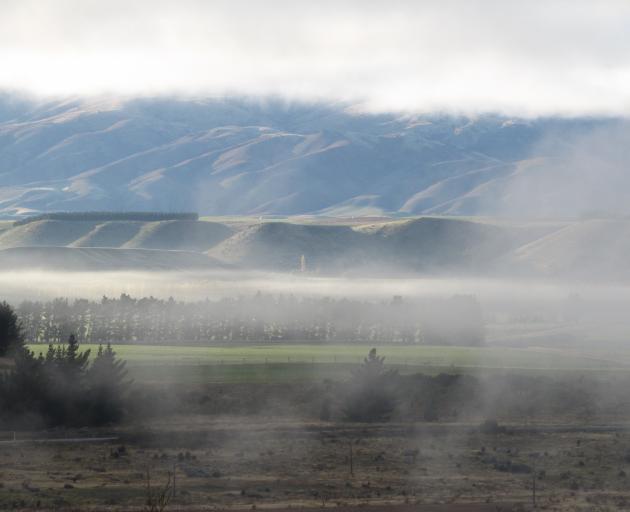 Low cloud and fog over the Cromwell Basin, near Tarras this morning. PHOTO: MARK PRICE.
Consider the fog. That was the response of long-standing Tarras farmer Pete Jolly to the idea of a new airport in his neighbourhood to serve the Queenstown-Wanaka region.

''I think it's probably a very impractical idea, purely because having lived here all my life, I know where the fog lies.

''The fog in the winter I would have thought would torpedo it.

''Why would you build an airport where you know you've got a fog problem?''

The idea of a new airport at Tarras came up again at a public meeting on Monday night, when a proposal was put to shift Queenstown Airport away from Frankton.

The Cromwell basin near Tarras was top of the list of possible new locations, mainly because of its flat land.

Urban designer David Jerram told the meeting Tarras was no more than an hour's drive from Frankton.

In his presentation, Mr Jerram said there were seven potential sites, one with fewer than 100 dwellings within a 12km radius.

''For the Queenstown Airport, that radius includes the whole Wakatipu basin, extending beyond Arrowtown, the bungy bridge, Jacks Point, Wye Creek, Fernhill and out to Closeburn.

''For the Wanaka airport it includes Wanaka, Albert Town, Hawea and Luggate.''

Mr Jolly said he was not against development - ''the mercenary side of me sees advantages in it'' - and he said a higher terrace he partly owns might be big enough, although its orientation was probably unsuitable.

He believed Wanaka Airport was the most practical place for development because it had the best flight path and was ''above the fog line''.

The QAC announced on Monday it is proposing turbo-prop and narrow-body jet flights at Wanaka from 2025, ''beginning with about a handful of such services'', but recognising ''natural demand'' was forecast to increase.

Luggate Community Association chairman Graeme Perkins said this ''demands that we all in the Upper Clutha should be considering the bigger picture of sustainability.

''Why do we constantly feel we must bow to the concept of increased demand?

''Why can't we cap things -airports, accommodation - and preserve our world class region?

''I am sure most locals would welcome a couple of flights per day, but QAC's phrase 'about a handful of such services' makes one shudder with disbelief.

''Are we to feel comfortable about our future airspace and infrastructure based on the assurance of 'about a handful'?'' 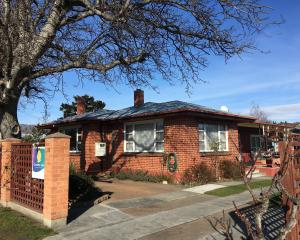 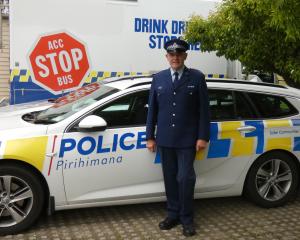 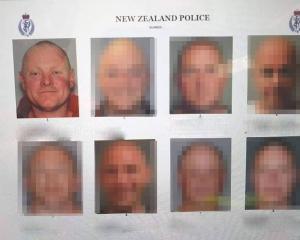 Correct. As I stated in a comment here a few weeks ago, fog and exposed ice in Tarras is a huge reason I gave that this idea is dumb - not just the 2 Billion cost, not just the danger of the extra traffic through the Kawarau Gorge.
WKA at 400 Million would eventually get overloaded like ZQN now is and it would ruin the town of Wanaka.
Meanwhile IVC at a cost of 0 that can take bigger planes awaits.

'Why can't we cap things -airports, accommodation - and preserve our world class region?' Anyone been to the Sistine Chapel lately? Mass tourism has ruined that experience. It's happening all over the world. Let's preserve NZ.