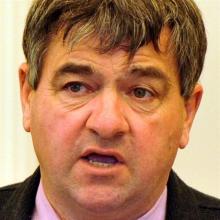 Mike Lord.
The Dunedin councillor charged with overseeing Delta and Aurora says the beleaguered companies should be concentrating on their business and health and safety before pouring money into the Forsyth Barr Stadium.

That came after it was revealed the companies have paid $29.9 million in subvention payments to the stadium in the past five years.

It also appears a Deloitte investigation into the companies will consider the  payments issue.

Finance and council-controlled organisations committee chairman Cr Mike Lord was approached for comment after full details of the company’s obligation to the stadium came to light.

It also showed Delta had paid $392,499 on its corporate suite and other costs at the stadium since 2010.

The details of the spending come after weeks of criticism of the companies in which it has been revealed infrastructure has not been maintained, leaving thousands of power poles compromised and potentially dangerous. 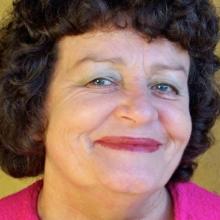 Bev Butler.
A report on an investigation by consultant Deloitte on the issue is expected next week.

Ms Butler said, in her LGOIMA request, Aurora’s excuse in media reports for not dealing with the backlog of compromised power poles was there were financial constraints, "but nowhere did it mention the reason for these constraints".

"It is patently clear that Delta/Aurora/Dunedin City Holdings Ltd’s priority over the last few years has been to support a rugby stadium at the expense of public safety by way of subsidies/subvention payments."

Asked to respond on the level of money going to the stadium through subvention payments, Cr Lord said there were questions being raised about whether $29.9million was too much.

He said his expectation was if a company was making a dividend, whether it was a direct dividend from an individual company or via a subvention payment, "that company should be doing all it needs to do to maintain its assets properly before it does that".

Any payment should come only after a company had satisfied its costs, expenditure and replacement policy on all vital infrastructure.

Cr Lord said "in no way should people’s health and safety be compromised because we’re trying to pay for a stadium".

Delta chief executive Grady Cameron said the issue of the subvention payments was "subject to broader review by Dunedin City Holdings Ltd, the Energy Safety Service of WorkSafe NZ and the Commerce Commission".

"We remind you that within the current structure, the Aurora Energy Board committed $417 million in network renewal and maintenance over the next 10 years in its asset management plan."

On the issue of the corporate suite, Mr Cameron said like any large business, "from time to time we host our customers to strengthen the working relationships".

In the past financial year, Delta spent about $9000 on food and beverage hosting customers at the  suite, and in the same year generated $106.7million in customer revenues and paid $2.5million in dividends to the community via the council.

Delta had a 10-year corporate suite licence since the stadium opened in 2011. Its expenditure had no bearing on Aurora’s plans for a $417million network renewal programme.

Ms Butler said it was "disturbing" Delta had spent money on subvention payments instead of investing in its infrastructure. 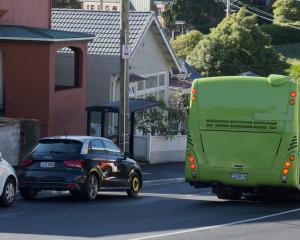 In writing this story, David Loughrey has failed to understand Aurora's spin-doctoring.

"We remind you that within the current structure, the Aurora Energy Board committed $417 million in network renewal and maintenance over the next 10 years in its asset management plan"

The DCC uses the term "subvention payment" to hide the fact that this is a $7 million per year subsidy. They do this to hide the severity of the ongoing financial disaster that is the DCC stadium. The DCC actively avoids telling us the total amount of the annual losses and subsidies and fake revenues and other costs which amount to something over $20 million per year.

Good, Mr Cameron. It's time Ratepayers were hosted to a night out in the Corporate boxes. It's not my cup of tea, mind you.