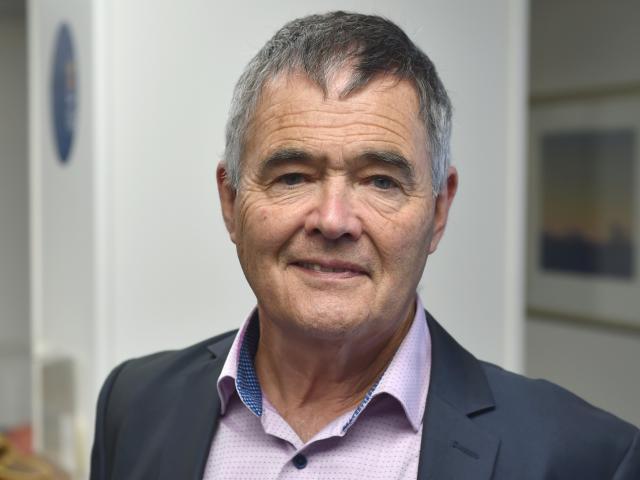 Mayor Dave Cull. Photo: ODT files
Dunedin Mayor Dave Cull says he would like to be chairman of the Southern District Health Board.

The three-term mayor, who confirmed on Monday he was standing for a SDHB seat, said yesterday he would like to be chairman.

The role would be appointed by Health Minister David Clark and Mr Cull said he had had no discussions with the minster about taking it on.

''It's the minister's prerogative and I'm more than happy at the moment to leave it to him, but I would be interested if it was on offer.''

Mr Cull will not be able to take on another term as president of Local Government New Zealand.

Mr Cull would stand down as mayor when the results of October's local body elections were officially declared, but would continue as LGNZ president until his three-year term ended in July next year.

Another long-term SDHB figure, Richard Thomson, confirmed yesterday he would not seek election to the health board in October's election.

Mr Thomson was part of the commissioner team, appointed in 2015 after the SDHB forecast a $27million deficit.

The commissioners would hand over to a newly elected board after the election, which will fill four vacancies representing the Otago constituency and five for the Southland constituency.

As well as the elected candidates, the Minister of Health can appoint up to four other board members.

Mr Thomson said he had ''no expectations'' he would be among those appointed, and would ''have to assess that'' if asked.

He hoped to remain on the Southern Partnership Group - overseeing the redevelopment of hospital services in Dunedin - as long as he could contribute, although he accepted the minister might require changes post-election.

He had thought ''long and hard'' about standing for election, but felt it would be a difficult transition back to being a board member after being ''so hands-on for the last four years''.

People are keen for Cull to retire and enjoy time with his grand children.