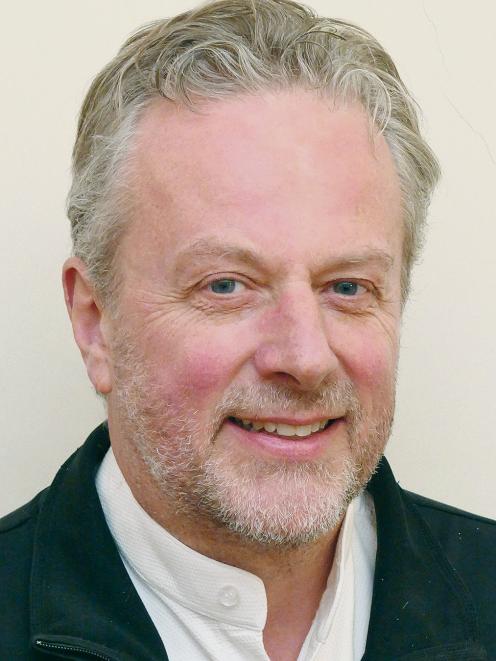 Lee Vandervis
The Dunedin City Council is ready to back its single transferable voting (STV) system to the justice committee inquiry into the 2019 local elections.

The inquiry — routine after local elections — has asked for feedback on whether the Government should encourage, or require, the same voting system is used in all local elections.

The council’s draft submission says the council generally supports the idea, "however acknowledges that there are advantages and disadvantages with both voting systems [STV and first past the post]".

The city has used single transferable voting since 2004 after a poll showed Dunedinites wanted to scrap the first-past-the-post method.

In the 2019 polls, Cr Lee Vandervis led for much of the race for mayor, but when Cr Christine Garey was eliminated in the 12th iteration, and votes for her were redistributed to subsequent preferences, Dunedin Mayor Aaron Hawkins went ahead.

In the 13th iteration, when Cr Andrew Whiley dropped out, the redistribution of his votes went Mr Hawkins' way, helping him secure the mayoralty.

The submission also supports online voting if it is found to increase voter turnout, and notes the council’s opposition to the recommendation that the Government hands over all responsibility for running elections to the Electoral Commission.

"The [council] believes local authorities are best placed to determine the most appropriate approach for their communities and is concerned that a standardised approach may not address local issues and needs," the draft submission reads.

Big difference between being actually 'voted' into office, and picking up redistributed votes. Which just goes to show how flawed the current voting system is. Although most votes went to Cr Lee Vandervis, Aaron Hawkins picks up the throw outs and gets ahead. And so here we are now, with a Mayor we didn't vote for.
*Awaits informative non biased narrative from Kezza.......*

SVT based on a 2004 poll? Polls are fickle and can be easily swayed by the way the question is worded. First past the post allows voters to get the person they voted for, not the second, third, forth etc round candidate. SVT favours stacking larger number of candidates with a certain view, and having lots of them to 'dilute' the opposing view which may have fewer candidates. This was how Hawkins got in.

Not a fan of the system. Way to complicated and time consuming for many people. It also discourages candidates from speaking out, having strong policies or being controversial. Hence why we have so many middle of the road local politicians with wishy-washy opinions. It encourages people to vote for personality rather than policy.
The worst thing about the local elections though was having them all at once! City, Regional, Mayoral, Health, dozens upon dozens of candidates! There is no way most people can find the time to make an informed decision. Also all candidates should have to publish conflicts of interest on the the voting paper as highlighted recently with the number of farmers voting on water quality issues within the ORC.

Amazing !!!
First we have national elections where the party with the most votes ends up on the opposition benches and now our local elections produce the same results.
Sounds like we are being conned by these 'experts' on democracy.
Lets have a clean race we can all understand. First past the post.

Of course this 'council' likes it, it means they will get in again without doing any work to earn it, the greenie will be positively frothing at the mouth at the thought.

What a surprise! Most of the clowns wouldn't have been elected had a normal process been used.

Everyone love a good complain.
What is abundanly clear is that if Vandervis had beem elected, Dunedin would have a mayor that could not deliver.

How is that 'abundantly' clear Kezza? I don't see how Cull or Hawkins are delivering very well at all frankly. Just look at the darned mess of infrastructure and finances for a start! STV meant Cr Lee Vandervis was pushed aside, even though he led the votes. STV is hardly a democratic process. He was one of the very few standing up against the crap the current tenure foist upon the ratepayers and residents of the city. His anger was due to the frustration trying to break through the status quo culture. You might like to look back and research the things he has tried to do for Dunedin.
Anyway, thank you for your 'informative non biased narrative'........I knew you couldn't resist the invitation.*smirk*

I am still waiting on the extensive list of Vandervis forward moving actions in council.
Is it true that he has done absolutly nothing?
FYI infastructure inaction is still cleaning up after the dismal actions of past councils. Work is underway to clean it up but somehow Vandervis susporters think it should be compleated in a day at a cost of $0. Continue complaining gets you no where except being labled the 'boy who cried wolf'.

We need a referendum on how we want to vote - not the Council deciding for us.

"The city has used single transferable voting since 2004 after a poll showed Dunedinites wanted to scrap the first-past-the-post method" - this is why we've had the same type of Mayor for 16 years.

I get a good laugh from the negitive nellies on here.
Lets do this, and lets do that but then jump up and down when things happen because they don't want to pay the bill.
They need tp get over the fact that Vandervis failed in his mayoral campaign and it is likely he'll be either too old or fail again at the next election.
Changing the system will not get Vandervis in office and if he dose get elected he will not have susport to actually get anything done.

Kezza, you don't seem to understand, 'past councils' are linked by their members and their ideologies within the current council. You state that work is underway to clean it up. However, thus far, we see little evidence of this. Fact is STV has served the current council, (which I will remind you has members within extending back many years). The point of this article is that the DCC has recommended to stay with STV and that they oppose the Electrol Commission being involved. I think you have missed the entire point of the article and the comments that article has attracted. Without Electrol Commission involvement there is a sense of mistrust based on previous actions of DCC councillors.
We have our current council, led by Aaron Hawkins, ONLY due to the fact STV allows votes to be transferred. Individually, more people voted for Lee Vandervis than Aaron Hawkins. Whether that be right or wrong can be debated till the cows come home.....
Whether we like Aaron or Lee is irrelevant, it's the voting system and the trust of that system we are discussing. Many see Lee as a whislteblower, some see him as abrasive. For many, the actual voted numbers count.

Face the fact that Vandervis lost.
Vamdervis this and Vandervis that, he has done nothing and if he had got in he wouldn't have got anything done.
This is sounding like the US Dem's. Get over it he lost and will never get in as Mayor EVER!

it appears ODT readers are voting against the councils system. 100% against so far, that should be a warning to the DCC next time around